Since 2015, Smokingpipes has annually hosted an American Pipe-Making Exposition, showcasing works from some of the most skilled artisans in the country. For 2022, the expo's theme focused on Calabash engineering, as seen in this quite hearty entry by David Huber.

Originally a theater set designer, David's interest in pipes spurred his career move to full-time pipe making in 2013. He has since studied under some big names in the industry, including Nanna Ivarsson, Tom Eltang, and Jeff Gracik.

This Lovat presents rather classic shaping, writ extra-large, weighing roughly one-quarter of a pound and boasting a chamber of finger-swallowing depth, hence its "Magnum" status. The towering bowl gradually tapers toward the rim from a broad base, allowing the pipe to sit with aplomb, making it a fine contender for a desk top companion. What's especially alluring about this piece is that it houses reverse Calabash engineering: Instead of positioning the Calabash's characteristic cooling chamber in the bowl, the shank is hollowed out with an expanse, offering the same smoking properties as a traditional Calabash but able to be paired to a more standard Billiard tobacco bowl. The artisan has configured this piece so precisely that one would never guess that the shank houses the engineering within, a testament to David's adroit skills. The elongated, rounded shank stretches out to meet the hand-cut, abbreviated saddle stem of vulcanite, the jet-black color mirrored in the stummel's well-executed sandblast, save for the smooth, mahogany-toned rim and slim band at the shank end. 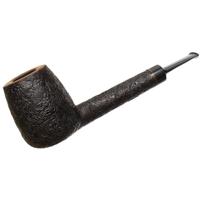 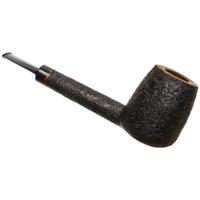 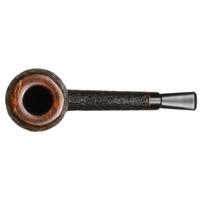 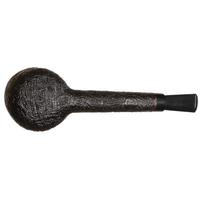 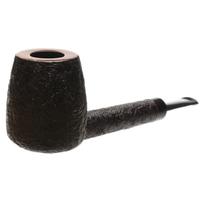 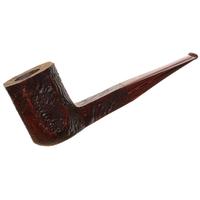 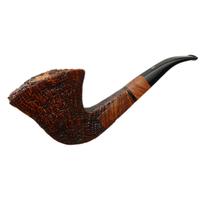 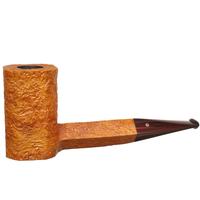 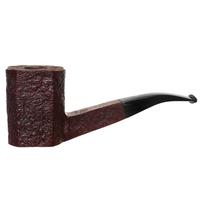 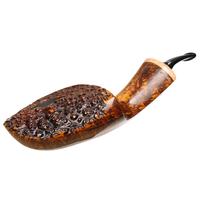 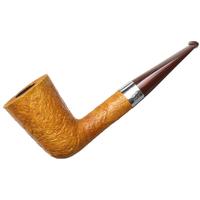 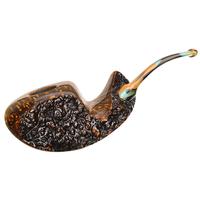 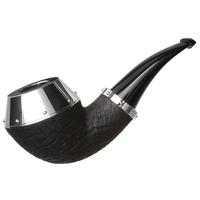