Typically when we see a "cheeky" design from a maker or marque, that charmingly plump aesthetic is realized by lending the bowl's flanks a more pronounced, convex style; in other words, it's done through sheer breadth. Here, however, Dirk Heinemann has managed to create a stout, muscular, and indeed cheeky bent Apple without stretching out the pipe's cross-section. If anything, he's taken it the opposite direction, with the high-set transition lending the bowl an almost elongated look from the smoker's perspective. So how did he do it? It all lies in the pinched cross-section of the shank; by compressing it along the horizontal axis, Dirk's allowed the bowl's already plump curves to seem more pronounced in profile, which he's augmented even further by shaping out the bottom of the bowl for a stronger contrast against the shank's flatter plane. On top of that, he's kept the design fairly dynamic overall, matching all that plump shaping with fast, quickly sweeping arcs and harder lines. It's finished here in a gorgeous, fiery contrast stain, making the most of the block's impressive flame. 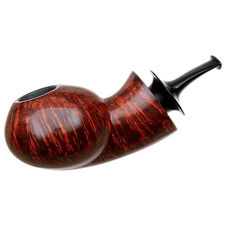 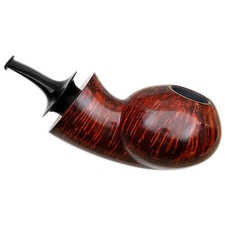 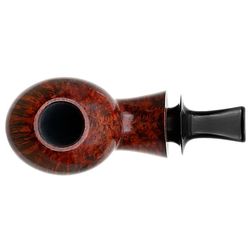 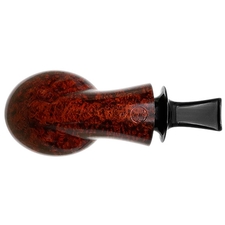 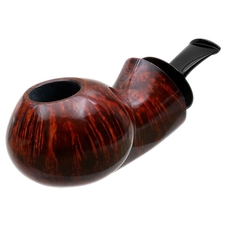 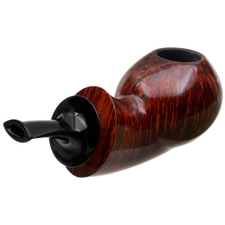 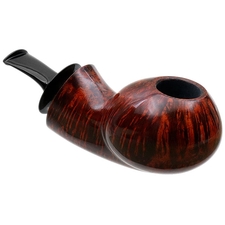 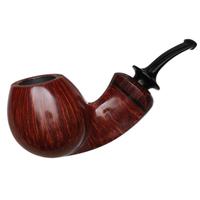