The low-slung transition on this Heinemann bent Egg makes for a virtually nonexistent heel, giving the bowl some extra height. Dirk has poised said bowl at a slight cant, playing with the idea of forward momentum, a technique we've seen him use in a number of shapes. Though the S-curve isn't particularly extreme, the gentle bend and subtly flared shank-end give off an organic, almost aquatic, aesthetic — another common convention from the German carver. With supple cheeking along the transition and a rounded, tapered rim, the bowl feels sublime in hand. But with such a compact, lightweight piece, I'm not sure you'll have any reason to remove it from between your teeth, especially with such a trim button. Accented only by a slender, pale disc on the shank-end, the rich, walnut stain allows the phenomenal streaks of grain to shine through. 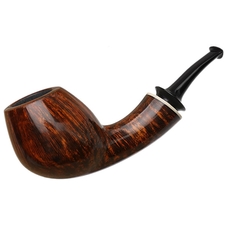 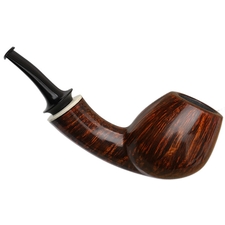 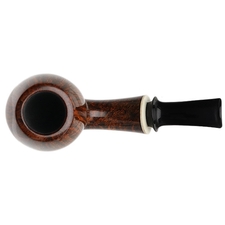 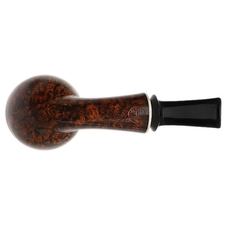 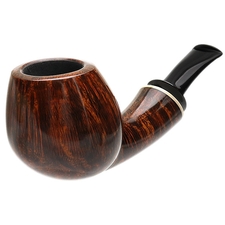 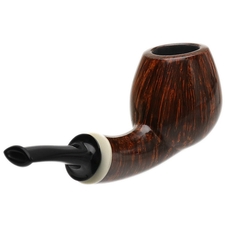 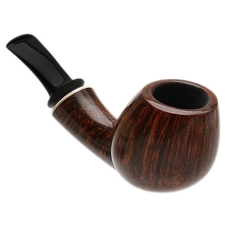 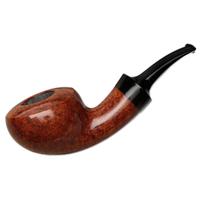 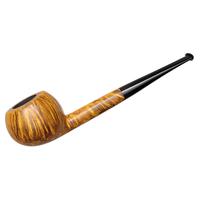 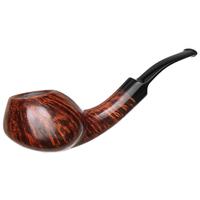