The iconic Ivarsson Fish is a shape invented by Lars Ivarsson and continued by his daughter, Nanna, and is defined most simply by a forward-canted, Egg-like bowl on the end of a flared, teardrop shank. It's a design that's been rendered over by artisans throughout the world, some maintaining the original's general form and others putting their own unique spins on it. Dirk Heinemann is a carver who's done both, his portfolio featuring more traditional, Ivarsson-esque iterations as well as playfully unique designs, like the one offered here. In this particular Fish rendition, Dirk has added two ridgelines to the shank for a lenticular cross section, one positioned at the lower side of the shank (like Ivarsson would have done) and the other along the top on the opposite side — both lines flowing upward toward the rim. Most unique and whimsical about this piece, though, is Heinemann's wavy shaping when viewed from above. The stem, shank, and bowl all curve sinuously, mimicking the motion of a real fish cutting through water. A stunning and highly creative design, there's no shortage of visual momentum, not to mention the vivid birdseye and cross grain. 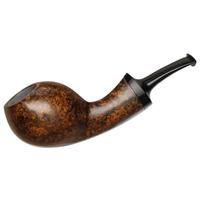 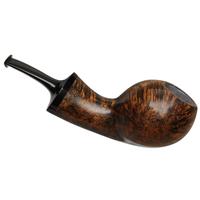 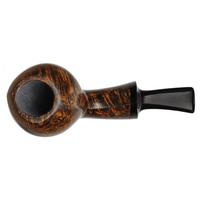 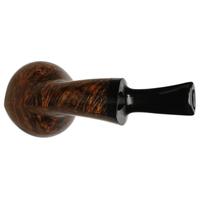 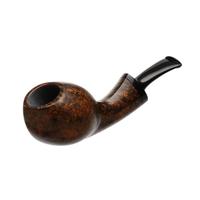 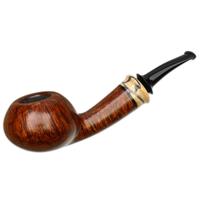 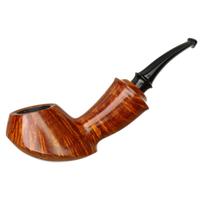