Previous bent Egg renditions from Dirk Heinemann have primarily been plump-bowled or compact in their shaping, but they always manage to feature a sense of implied momentum and liveliness in their execution. This particular rendition is both compact and plump-bowled and is one of the most gestural and curvaceous renditions I've encountered from the German artisan. The transition creates cheeking around the bowl's lower flanks, supporting the bowl's supple curves and offers a natural presence in hand. Said bowl displays a strong degree of forward-urging momentum in profile, with the curling shank emphasizing the bowl's dramatic cant. The flanks swell outward, subtly tapering toward the neatly chamfered rim which serves to further accentuate the bowl's dynamic stance.

Though the shaping and proportional balance of this piece deserve to be praised, the way Heinemann has oriented the grain is particularly captivating. Hypnotizing whorls of birdseye dominate the flanks, expertly framed by the lanes of cross grain that cascade down the fore and aft. The stummel's contrast stain adds extra definition to the striking grain while a pale, creamy horn accent adorns the shank end and imbues the shape with more organicism. It offers some tastefully understated contrast before leading to the ever-so-slightly downturned stem that provides just the right amount of balance to the overall composition. 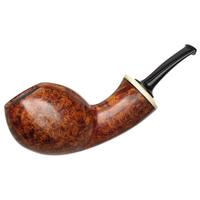 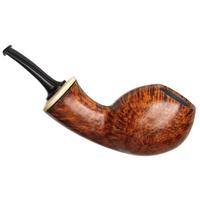 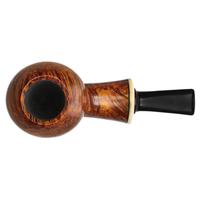 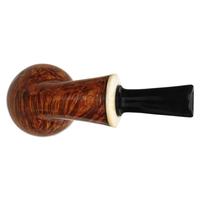 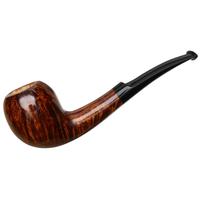 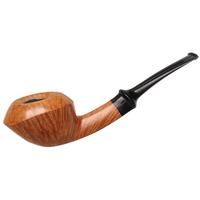 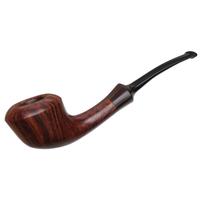