Before turning to pipe making, Dirk Heinemann was a furniture designer and builder, but he changed his interests to pipes, which is fortunate for those of us who appreciate smoking instruments a little more than furniture. The design and execution skills perfected by his previous career have obviously carried over to pipes, as seen with this sturdy Blowfish.

The curves and ridgelines here are upwardly mobile, the rim scalloped along its center while extending upward fore and aft. The rim also represents the only smooth briar found on this composition, generously chamfered inward toward the tobacco chamber. The rest of the stummel is sandblasted in a medium-depth blast for fine texture highlighted by the crisp ridgelines that define the shape as they extend through the shank and border the discs of the flanks. The end of the shank is fitted with pale antler for some additional contrast, and overall it's an impressive rendition of a difficult shape. 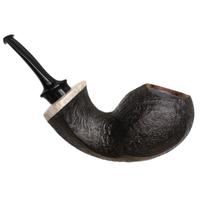 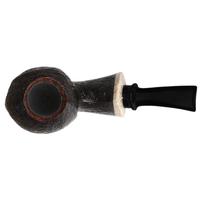 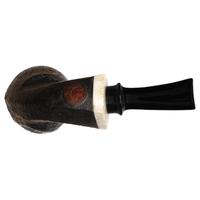 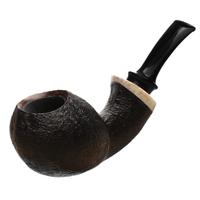 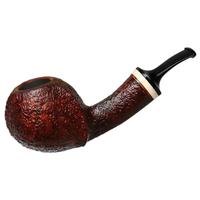