Dirk Heinemann's work always brings a smile to my face, oftentimes from both fascination and contentedness, as the German artisan's pipes showcase an utterly singular approach to both design and craftsmanship, inspired in no small part by his five years of study in product design, a field in which he earned a Master's degree. His work is the confluence of the traditional and the contemporary at their most conceptual, with elements of design both from the old Anglo-French marques and the modern-day greats, all with the functionalist leanings of industrial design. This leads to extremely unique designs such as the Tuban, or the Cuban, seen here. The Cuban is something of a sibling to the Tuban, with both possessed of a supple rounding and uncomplicated sense of line, though its larger brother features a far more consistent size throughout.

I have to say, I think I like the Cuban better, and not just because of my predilection for fine cigars, but because of its inclusion of wrapping ridgelines, hollows, and flares, creating a ceaselessly interesting cascade of details to admire. Additionally, the Cuban benefits from reverse Calabash engineering, with a secondary cavity held inside the shank that acts as a condensation chamber, cooling and drying the smoke. The stem that ebbs out of this chamber is very trim and nearly entirely vertically oriented, meeting a circle of a matching black vulcanite, before the stummel begins immediately. It's hard to determine exactly where the shank begins, but it is the entirety of the rear portion here, as this pipe is divided into two halves, separated by a wrapping ridgeline that creates a parabolic transition and a hollowed area in the middle.

The extreme aft of this piece terminates in a sharp point, tapering from all sides to reach it and matching the bowl as well, which takes on this taper, yet stops right at the rim. The underside here is a wide, belly-like curve that results from the rounding of the entire form, and works in concert with the top fore of the shank and top aft of the bowl, which come to peaks due to the wrapping ridge, and creates a striking kind of implied line that allows one to see the almost football-like shape that would result if the hollow were absent. Said hollow serves another purpose here, one from which this pipe gets its namesake, as, like a cigar, Cuban or otherwise, you are meant to hold this pipe with your middle and forefinger, with your forefinger draping over the accommodating and excellently shaped hollow, while your middle finger supports from the back. The stummel here is dressed in a beautiful black sandblast that reveals some lovely growth rings on both sides of the pipe, while the hollow is finished in a smooth contrast stain, itself showcasing some lovely flame grain. 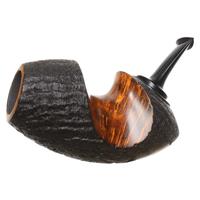 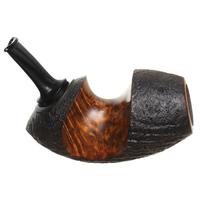 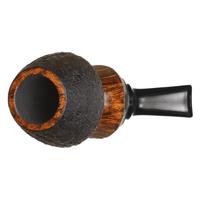 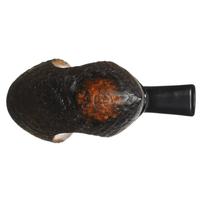 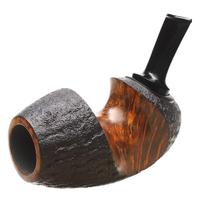 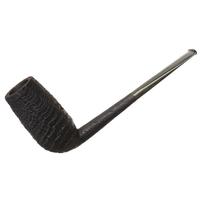 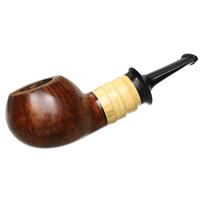 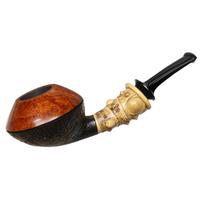 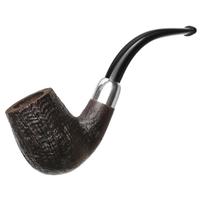 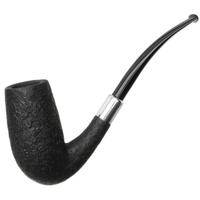