Here Max Rimensi, the artisan behind Il Duca pipes, presents an almost Prince-like take on the Apple shape, albeit one without the gently downturned stem typically displayed by the Prince. Instead, the Italian carver has kept the shank and stem arrow straight, pairing it to a petite, squat bulb of a bowl up front. It's an excellent fusion of refined elegance and plump curvature with the bowl being an utter delight to wrap your fingers around. That feeling is amplified further thanks the the stummel's crisp sandblast and well-defined grain striations covering the bowl. Morta is known to unveil some exceptionally mesmerizing grain patterns and Rimensi has certainly taken full advantage of it with this example as wavy lines of grain ripple around the bowl. What also sets this particular piece apart from the rest of Max's impressive portfolio is the horn accent along the shank end, as the organic material is rarely seen on his morta pipes. It complements the stummel's jet-black color perfectly, as the horn's ebony hues match the dark stain while the creamy color of the material really pops out. 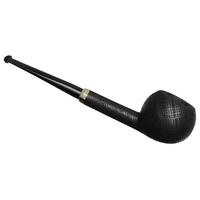 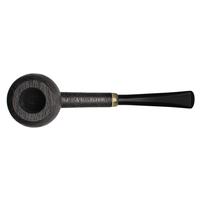 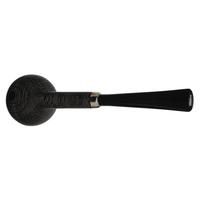 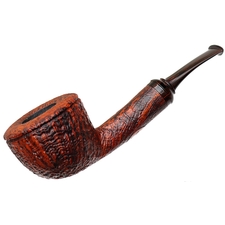 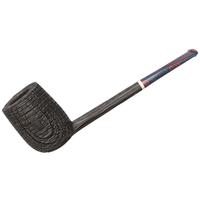 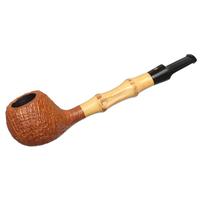 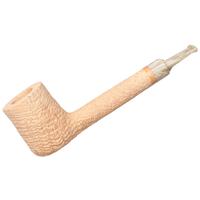 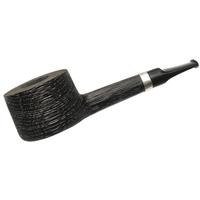 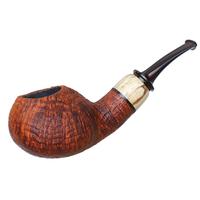 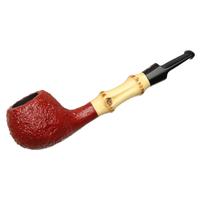