A lean and forward-inclined Cherrywood from Max Rimensi of Il Duca, this tall, sandblasted piece reveals satisfyingly deep texture across its stummel. Cherrywoods are typically of a sturdier and more rugged disposition, but Max has imbued this piece with his own style, emphasizing a slender and willowy aspect. The shank is long and expands to the boxwood accent, followed by a saddle stem that is flat and gently curved. More curvature is apparent at the bowl, which leans forward, its forward and near flanks in gentle arcs as they rise to the rugged, sandblasted rim. Few Cherrywoods are able to present such an elegant personality while maintaining the natural-esque attributes of the shape. 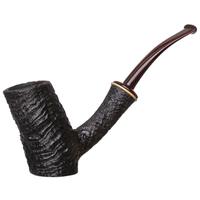 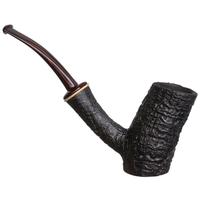 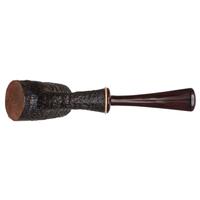 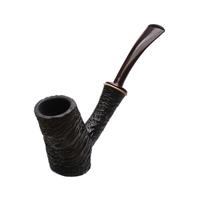 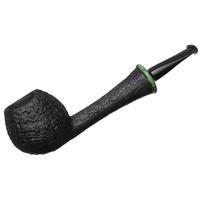 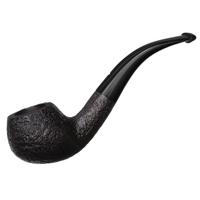 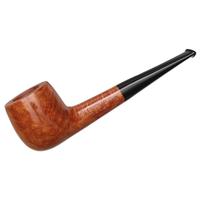 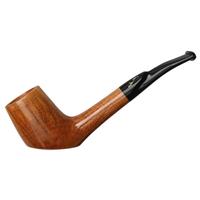 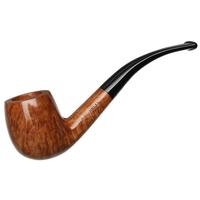 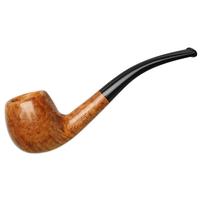