While an Italian artisan, Max Rimensi, the man behind Il Duca pipes, enjoys a broad range of influences, and his work often blends various designs school together. He spends much of his time sketching pipe shapes using both his imagination and various observations from other schools of design. His pipes are always unique and creative, and the attention he pays to composition and design is evident in every piece he crafts. While his work can be often quite organic and whimsical, his signature Rhodesian shape is more subdued and classical, with easy-flowing lines and a sense of dynamism. This particular rendition of the Rhodesian is particularly fluid in its presentation, the flattened, oval shank seamlessly extending from the base of the broad bowl. Squat and low-slung, the Saucer-like bowl trades the form's characteristic beadlines for a single, pronounced ridgeline, which demarcates the domed rim from the rest of the stummel. The lifted heel subtly poises the bowl while the shank tapers gradually, along with the mouthpiece of brindled vulcanite, to the button. The stummel wears a handsome, jet-black sandblast that coaxes out rippling waves of growth rings that lend the briar a scale-like appearance. 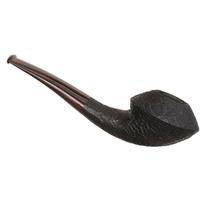 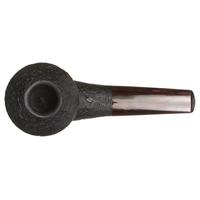 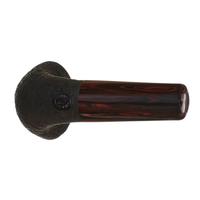 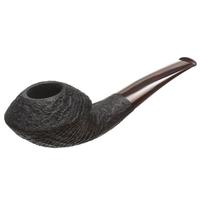 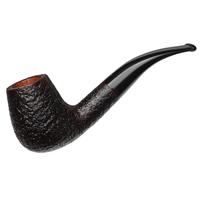 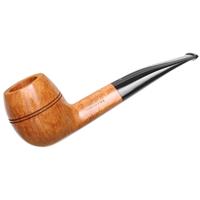 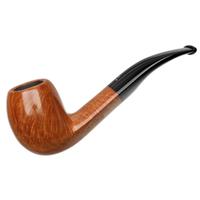 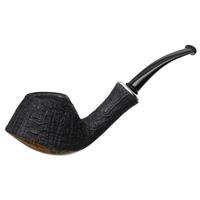