Defined by shapes that don't fit into Dunhill's systematized shape chart, the Quaint series can feature quite unique designs or more subtle variations on classic shapes, as is the case with this bent Billiard. This isn't Dunhill's standard "02" bent Billiard: The general shaping of the bowl and the degree of bend is relatively similar, but the shank is oval of cross section and quite robust, adding muscularity to the form from all angles. Offered here in Group 5 size, it's dressed in the Cumberland line's ruddy sandblast, with the rim left smooth to contrast. 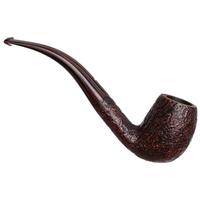 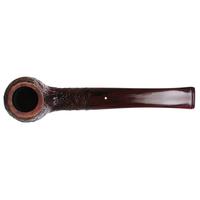 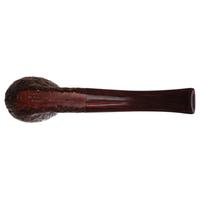 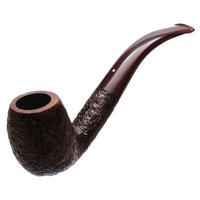 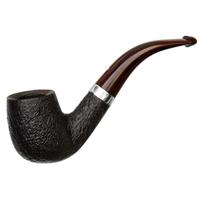 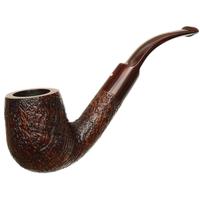 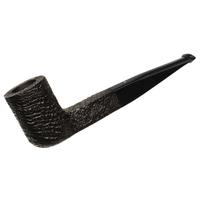