This stummel of this "03" Billiard maintains Dunhill's traditional shaping style, with a traditional, upright Billiard bowl and rounded shank. The stem, however, is much less standard and considerably more playful, bending dramatically in horizontal configuration, rather than vertically. With The White Spot's stem logo evident both above and below, the stem can be configured to the left or to the right, and it's fitted vial a military mount of cumberland to match the mouthpiece. 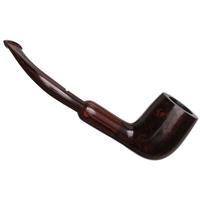 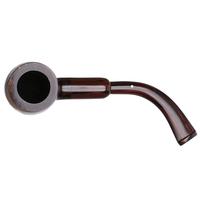 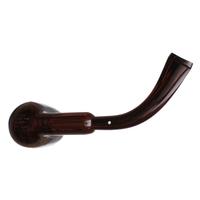 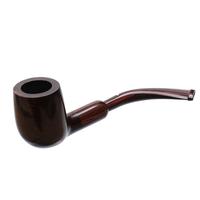 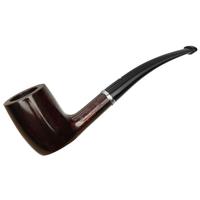 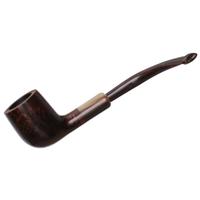 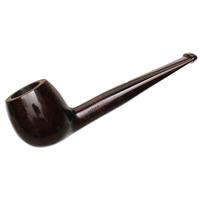 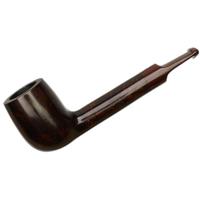 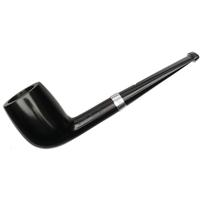 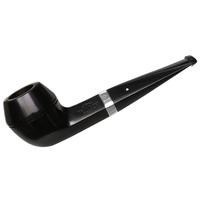 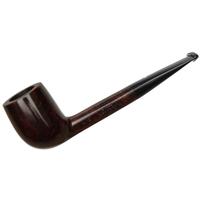