The "33" is Dunhill's bent Brandy shape, one which we don't have the pleasure of seeing too often and that comes to us in many different forms, with this example being of the Volcano-like variety. It's lengthy shank and stem combination are possessed of a steep curvature, with the shank itself being quite trim and angling sharply out of a low-set transition. At the underside, the aft side of the bowl visually continues through a slight rearward outcropping that starts the flattened heel, with the entire bowl tapering gently toward the rim, canting forward as it does. A trim silver band adorns the junction here, standing out in sharp contrast against the jet-black stem and inky shell briar sandblast, the blast unveiling stacks of concentric growth rings rippling up the bowl, striking enough to earn this piece the coveted Ring Grain designation. 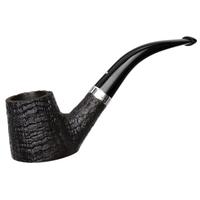 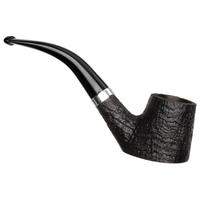 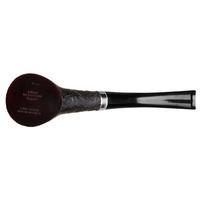 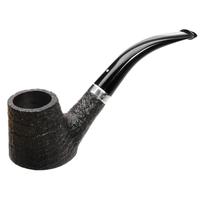 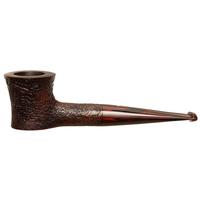 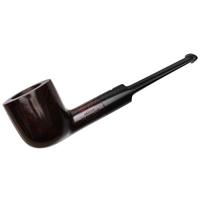 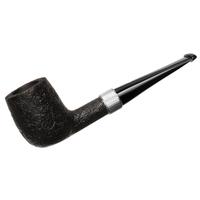 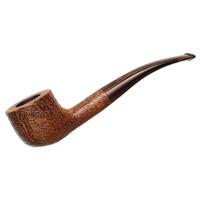 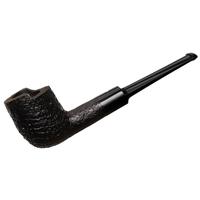 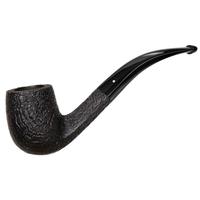 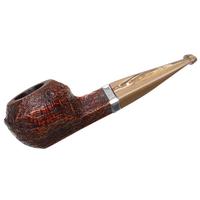