Alfred Dunhill was a gifted visionary, tobacconist, manufacturer, and entrepreneur who founded the legendary luxury goods brand when he was just 21 years old in 1893. The company was developed after Alfred inherited his father's saddlery business and initially focused on developing a line of products called "Dunhill's Motorities" in response to the growing demand for automobiles around that time. To celebrate their founder and one of the most important and influential figures in pipemaking, Dunhill presents the limited edition Alfred Dunhill series. Available in some of the marque's most iconic finishes, the series revolves around Dunhill's "windshield" pipe that was patented back in 1904.

The windshield pipe was an original Alfred Dunhill innovation, designed to protect lit tobacco via the bowl's raised fore to allow automobile drivers to safely smoke while driving. The design also nods to Dunhill's beginnings when they manufactured motoring accessories, with this particular example dressed in the marque's Cumberland finish and paired to a brindled vulcanite stem. The finish is fittingly named after the Dunhill warehouse that was located on Cumberland road and has become synonymous with the red and black tones of the vulcanite stem. It's accented by a sterling silver band, engraved with Alfred Dunhill's initials set in between the years 1872 and 1959. Each pipe also comes complete with a figural tamper that depicts the legendary businessman, with both the tamper and pipe housed within a special leather bound display box. Limited to only 60 pieces within the Cumberland finish, this particular piece is serialized as number 52 and comes with its own certificate of authenticity. 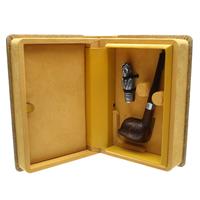 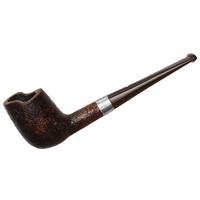 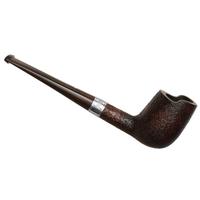 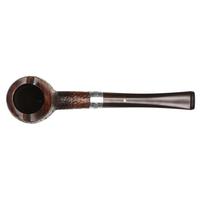 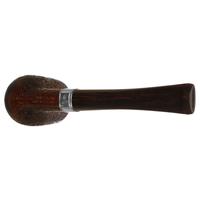 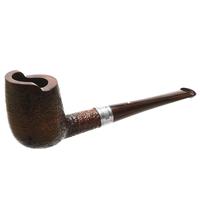 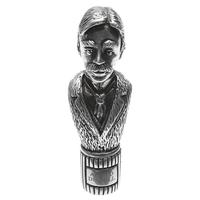 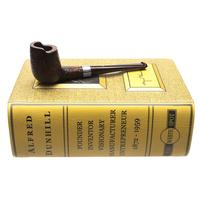 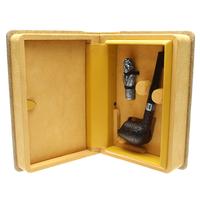 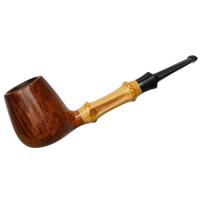 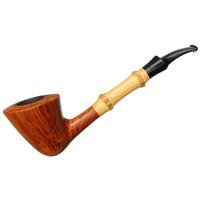