Presented in Group 6 size, Dunhill's largest on their standard shape chart, this bent Apple offers massive, hearty proportions that fill the palm. The striking, rounded bowl is presented in cross grain orientation, offering a wealth of engaging texture and showcasing blasted birdseye across either flank. The thick rounded shank and tapered stem add to the muscularity of the piece, matching the robust proportions of the bowl. The black vulcanite stem tapers off from the shank and bends in a small downturn that accentuates the tall, upright nature of the bowl and perfectly complements the gorgeous Ruby Bark sandblast. 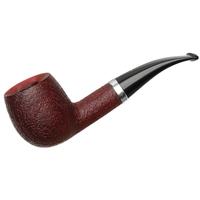 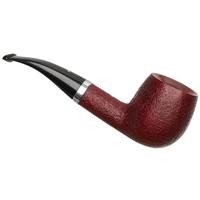 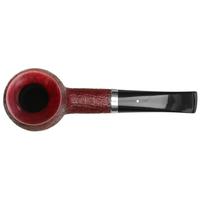 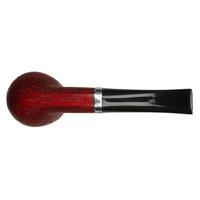 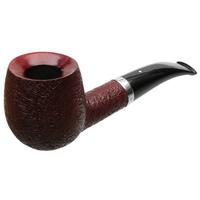 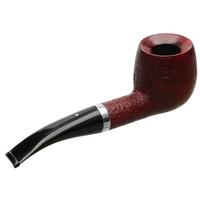