Dunhill's "06" embodies the archetype of the Pot shape in the traditional pipe chart canon. Classically inclined throughout, it's a vertically compressed rendition, with a broad tobacco chamber, thick chamber walls, and in this example, a smooth rim. This Group 3 is a handy size, with the seamless, arrow-straight stretch of shank and stem contributing to a well balanced, rather sleek profile. It's seen here dressed in the marque's dark, rather formal Dress finish.

One of the most fashionable finishes in all of pipe making and one that inspired an entire aesthetic, Dunhill's Dress finish was first introduced in 1973 as the Black Briar — renamed "Dress" in 1979 with the addition of silver — and is meant to elegantly complement a tuxedo or similar formal wear, perfect for a night on the town. Characterized by its glossy, jet-black stain and sterling silver accent band, the Dress finish exudes class and imbues each pipe it adorns with a sense of refinement and sophistication. It's the progenitor of the term "dress pipe," now used to reference any black-and-silver pipe, and is one of the most distinctive finishes in all of pipedom. 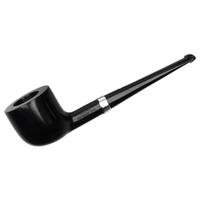 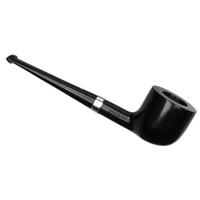 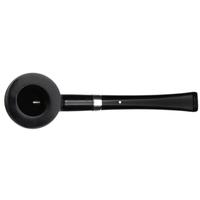 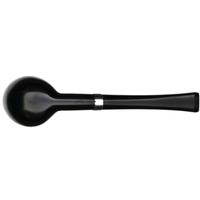 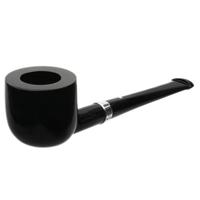