Dunhill's "21" and "35" shapes are both renditions of the Zulu. Both shapes often pair flaring, forward-canted bowls to subtly bent shanks, but the "35" features a more defined heel and extended transition that offsets the bowl's gestural poise in profile. This particular rendition features a gradual, Dublin-like taper from the broad rim to the firm heel, while a languidly curved shank-and-stem arrangement reaches out back. The tapered mouthpiece of jet-black vulcanite tops off the design, its dark color perfectly complementing the stark Ruby Bark sandblast that dresses the stummel, making for a rich and refined palette. The aforementioned sandblast draws out some handsome, rippling waves of growth rings that provide the stummel with plenty of textural and visual intrigue 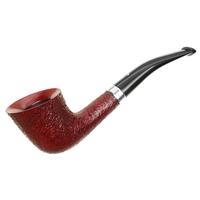 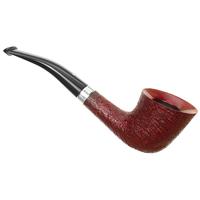 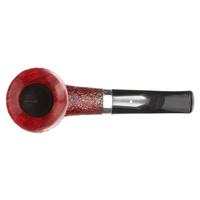 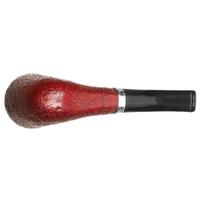 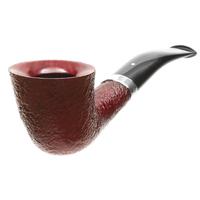