If you had asked me what shape I thought the next Eltang Snail-grade might appear in, I probably wouldn't have guessed the Volcano. While we have seen some very unusual creations from Tom granted this lofty designation, the Volcano is, simply a shape style we've just very rarely seen from him (the last one was in 2008). He's done interesting things with it here, almost completely eliminating any forward extension of the heel (as much as is possible with an inherently tapered shape, anyway) and concentrating more on trailing flow and a light, easy lift. The shank, by itself, is quite a distinct bit of work, in profile helping to anchor the design with its implied, rolling swell of broad lines, while from other anchors, it does the same by sheer, smooth width. As in in the Eskimo design, the great breadth of shank and transition has been put to double use as an extra-large canvas for birdseye.

And yes, despite there being no truly flat section at the underside, this Eltang does sit, and very well at that. 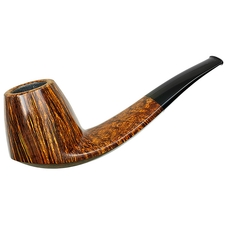 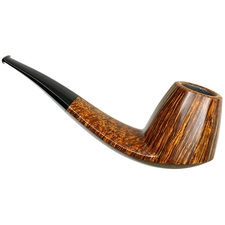 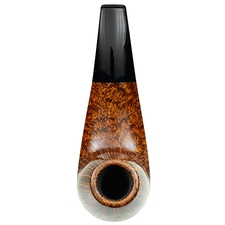 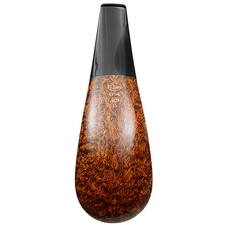 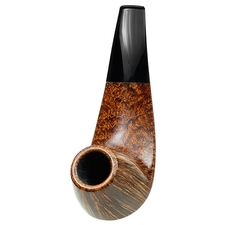 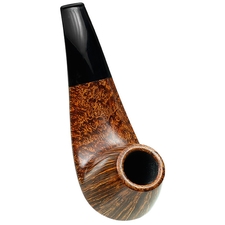 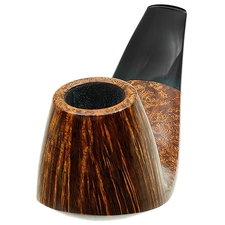 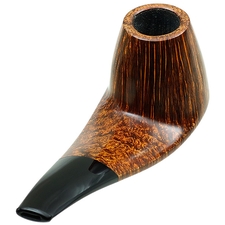 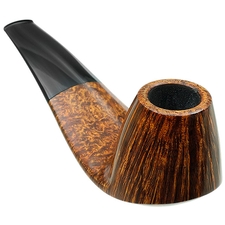 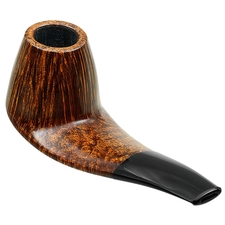