Some of Tom Eltang's Horn designs are elegantly subtle in their sense of curve and smoothed out profile. This particular one, though, is a bit more on the bolder side. The shape is still as lithe and sinuous as ever, but Tom has curved the bowl considerably upward from out of the shank, the rim flaring broadly and rising prominently in profile. It results in a more dynamic sense of forward momentum, the shape "speeding up," as it were, and the sinuous curve dramatically increases through the shank and soft transition. Such an upturned bowl also makes for an incredibly comfortable in-hand posture. Adding to all this, the Danish artisan has neatly paneled the flanks, contrasting the flowing form with hard lines that remain hidden in profile but come to life when held. Most unique and impressive, though, is Tom's stem treatment — when viewed from above the saddle stem reveals a double saddle of sorts, stepping down two tiers before stretching toward the button. The aspect echoes the flanks' rigid facets and adds just the right amount of individuality from his other Horn iterations. 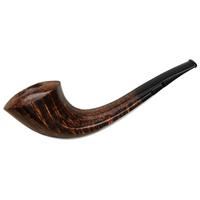 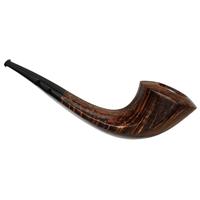 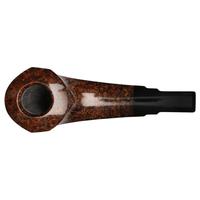 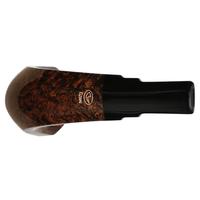 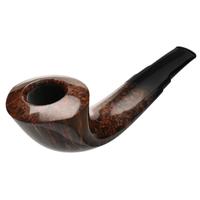 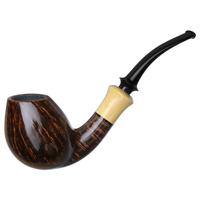 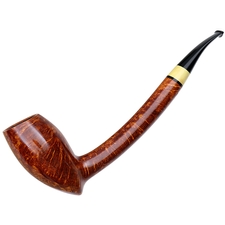 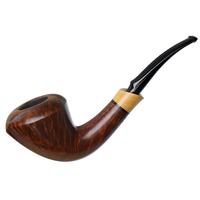 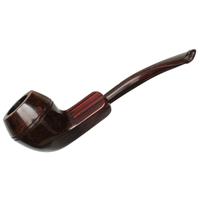