A more Disc-like, lenticular oriented take on the Shield design, this Pac-Man from Tom Eltang is sharp-lined, playful piece that exemplifies both the Danish carver's masterful shaping and fun-loving personality. Imagine a pinched Opera bowl, but instead of positioning the shank in line with the vertically pressed axis, it's oriented perpendicular, the bulbous, rounded sections of the bowl now fore and aft rather than at the flanks. Wrapping the bowl around the flanks from the rim through the heel is a well defined, incredibly crisp ridgeline. Behind trails three knuckles of bright, yellow-white bamboo extending the shanks out of the angled transition before meeting the slightly downturned mouthpiece, fitted securely with a carbon fiber. Full of Danish curves and suppleness, it's a piece that's full of Eltang's sleek-lined, minimalist style, even despite being a non-standard shape. As for the name — when viewing the bowl head on and tilted 90°, the perfectly circular outline and concave rim clearly display the open-mouthed arcade hero, ready to gobble up your favorite tobacco blend. 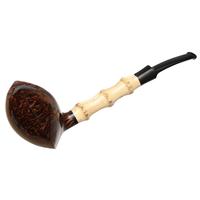 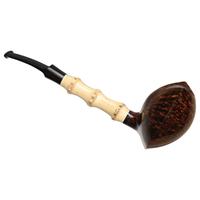 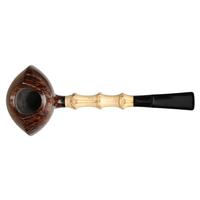 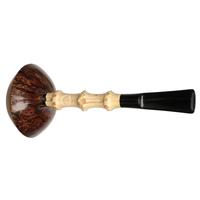 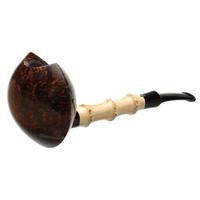 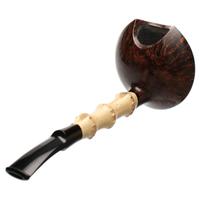 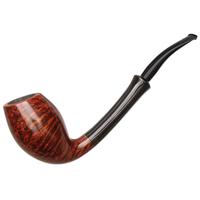 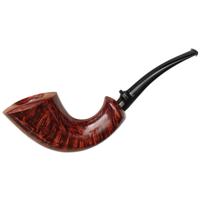