It's no secret that Tom Eltang's pipemaking has been inspired by the architectural and Industrial Design work of the late Arne Jacobsen. Tom often produces a signature Arne Jacobsen straight Dublin almost as prolific as his iconic rusticated Poker, nodding to the Danish designer's Functionalist, minimalist aesthetic and, even, resembling a pipe that Arne himself smoked. Eltang went so far as to fashion a pipe that, when broken down, modeled Jacobsen's famous desk lamp design. In this particular offering here, though, Tom has fashioned a larger iteration of his signature Arne Jacobsen pipe and opted for a smooth finish, which is rarely seen on this design compared to his rusticated versions. As expected, it houses a chamber of Stack-like depth, yet the slender disposition of the bowl and almost-pencil shank keep the piece impressively lightweight. It's all dressed in one of Eltang's gorgeous contrast stains, highlighting a distinct band of cross grain and dense birdseye, leaving no doubt as to why the Danish carver chose to leave this stunner smooth. 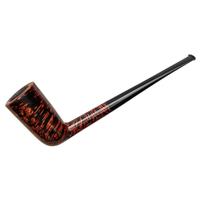 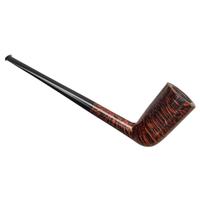 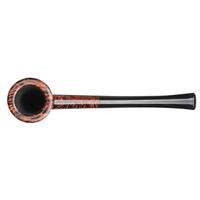 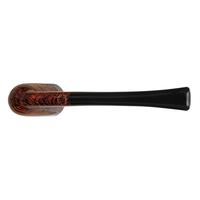 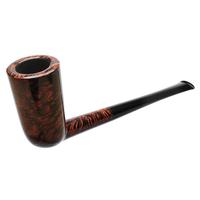 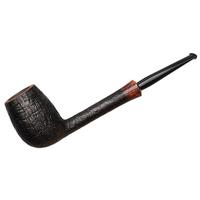 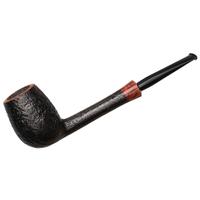 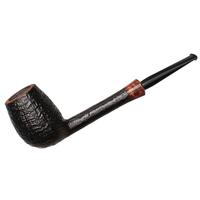