Tom Eltang crafts some of the most innovative and stunning pipe designs, and his Calabash renditions are particularly captivating. This interpretation is among the most awe inspiring we've encountered from the legendary Danish artisan, being the first morta pipe we've received from Eltang. And while we received a few Snail grade Calabashes from Tom previously, this is the first we've seen bearing his coveted "M" stamp, reserved for superlative masterpieces. From the finish, shaping, accent work, and overall presentation, it's obvious why Tom deemed this one worthy of such a prestigious appellation.

This piece comes with two different, removable chamber caps that offer some stunning visual and textural contrast against the crisp texture of the dark, sandblasted morta. One was fashioned from boxwood, while the other was made from muskox horn and displays a creamy palette and shimmering grain patterns. Additional visual contrast is offered by the silver band that honors the signature style associated with the venerable S. Bang workshop. Before Per Hansen and Ulf Noltensmeier retired in 2019, they trained Eltang in the crafting and application of the scalloped silver accents that have become synonymous with S. Bang pipes. Eltang's expertise with the precious metal has been used to great effect here, making the composition even more striking. This magnificent piece also comes complete with its own handcrafted stand and matching tamper, making it all the more desirable for Eltang collectors. 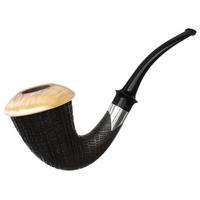 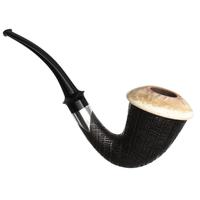 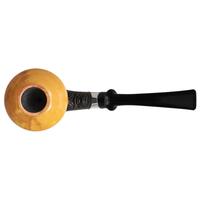 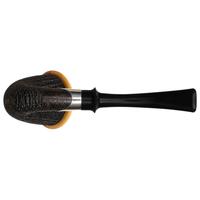 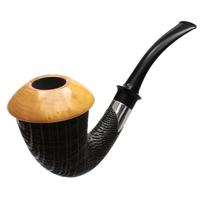 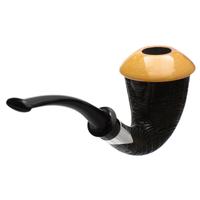 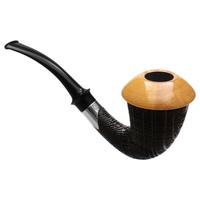 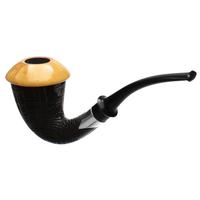 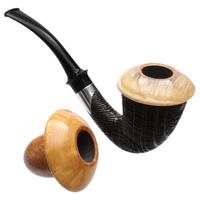 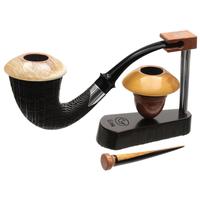