Acclaimed artisan Tom Eltang began making pipes at a young age and at 16 apprenticed under Danish carver Anne Julie before working for Pipe Dan along the way to opening his own workshop in 1980. Among the most well-respected and influential craftsmen in the industry, he has mentored a number of younger carvers throughout their careers, his personal shaping style having influenced global pipe design as a whole.

This smooth Acorn from Eltang is credited with his Snail grade, reserved for pipes that feature particularly remarkable grain and spectacular shaping. Both are clearly seen here, the lines clean and softened in Danish style and the curves gently rounded and supple. The bowl of this forward-urging Acorn reflects traditional Danish shaping with its high-set waistline and softly rounded rim, and this example forgoes the angular heel spur for a more genial, curvaceous base. The right flank displays a subtle, vertical ridgeline from the rim that gains prominence as it frames the same side of the shank, adding an unexpected structural element. The transition is tucked beneath the bowl's waistline, dutifully emphasizing its breadth, with a slightly upturned, oval shank features wavy face with a trim metallic accent at its center. A slender, stylish push-style stem with a reinforcing trim accent ring mirrors the shaping of the shank face perfectly, lending a precise, yet playful aesthetic to this remarkable pipe.

Dressed in one of the carver's rich contrast stains, the stummel reveals stunning, lively licks of flame grain and whorls of beautiful birdseye and we would expect nothing less from this amazing artisan. 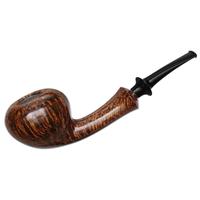 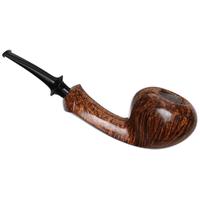 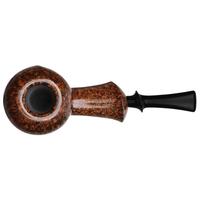 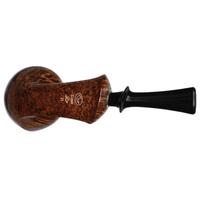 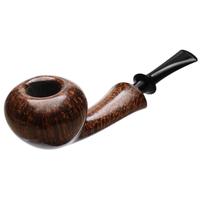 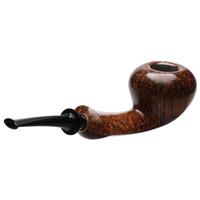 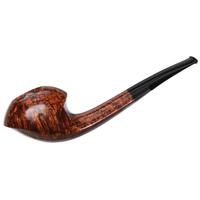 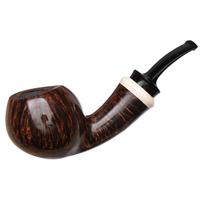 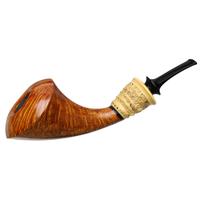