Though not as ubiquitous as his Poker and Arne Jacobsen designs, the Oliphant is one of Tom Eltang's signature shapes, and its rarity and distinct shaping make it a highly sought-after pipe from the Danish artisan. The form is marked by a broad, consistently curved underside that's delineated from the rest of the stummel by a crisp facet running through the flanks and up and around the bowl's fore. That panel is, then, echoed at the rim's aft side, with ridgelines falling down the back flanks to define the scalloped nature of the transition. This unique approach to the transition calls to mind Eltang's Oscar shape and makes for quite an ergonomic in-hand feel, with a thumb fitting naturally in the concave. It's a shape that prioritizes breadth over height and one that relies heavily on grain orientation, which Tom has highlighted to superlative effect.

The trim facet demarcating the base is striated with concise streaks of vertical grain, and that grain pattern continues up the sides of the bowl, perfectly angled to parallel the aft's ridgelines. In stunning contrast, the broad heel and shank are saturated with storms of birdseye above and below, the splayed shaping offering maximum surface area on which to appreciate the beautiful grain. Such orientation and how it conforms to the intricate aspects of this shape speak to Eltang's ability to select quality briar blocks and skillfully realize their full potential in pipe form. As for the name "Oliphant," when positioned upright — with the stem pointed down — the profile emulates an elephant's head, the subtle S-curve comprising the animal's long trunk.

To highlight that creative shaping influence, Eltang paired this Oliphant with a briar stand that holds the pipe in upright orientation and included a tamper for a complete smoking set. The stand impresses with craftsmanship equal to the pipe itself, wearing a contrast stain that highlights a sun-ray pattern of grain, with rugged plateau forming the sides, and the tamper was fashioned from narwhal tooth. The long, tapered form of the tamper and its creamy hue call to mind an elephant's ivory tusk, a fitting addition to this set's theme. Not only did this collection receive Tom's coveted Snail grade, it's further distinguished by his ever-elusive "M" stamp to denote its superlative place among Eltang's work. 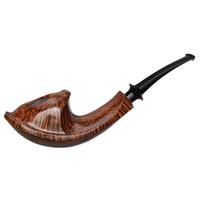 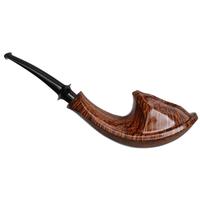 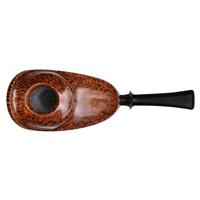 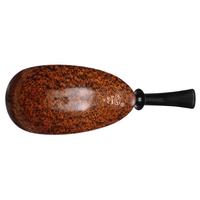 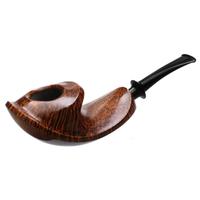 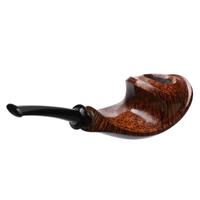 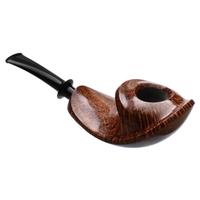 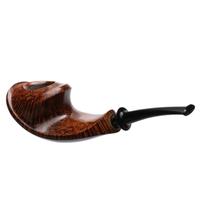 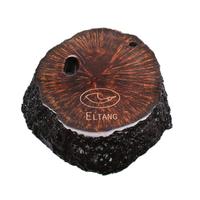 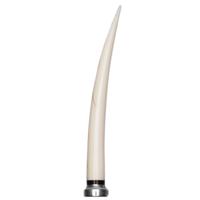 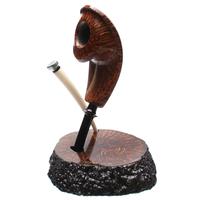