Pipe making came to Tom Eltang early, at age 11 to be precise, when he carved a pipe from a Pipe-Dan kit after spending a considerable amount of time admiring pipes that were advertised in his local tobacco store. After this, Tom was apprenticed to a man named Flemming who put him in contact with Anne Julie, widow of Poul Rasmussen, who took him in as her apprentice after Eltang had finished school at the age of 16. Anne Julie started Tom off with mouthpiece repairs, later teaching him how to use the disc sander and the proper way to drill pipes, laying the foundation for his future career. After three years, Eltang moved on to doing repairs for Pipe-Dan, furthering his knowledge of the inner workings of pipes and teaching him, perhaps most importantly, what didn't work so that he could avoid it in the future. Tom would later sail the seas with a friend, delivering shipments of cargo to various buyers, then travel Germany for Danish marque Stanwell, performing live carvings of various shapes in exhibition-style pipe events. It wasn't until after this, and a short stint as a fur merchant, that Eltang was finally able to make his own pipes full-time, using all of the experience he had gained before to craft some of the most stunning artisan pipes on the market, pipes such as this Billiard.

There is a lot to be said about proportion here; it's one of the hardest things to become masterful in when it comes to pipes. Eltang demonstrates his incredible eye for proportion with this Billiard, as, until I got my hands on it, I was absolutely convinced that this pipe was going to be something around a group 3 or 4 size range and over six inches long. As it turns out, however, I was mistaken, as this pipe measures in at under five and a half inches long and features a petite bowl perched on the end of a very svelte length of bamboo paired to a slowly tapering stem. The three knuckles of the dense grass provide a striking organicism to the piece, harmonizing with the sandblast of the stummel whose green stain reminds me of a leaf on a thin sprig of bamboo standing proud in nature. There's a plumpness to the bowl owed to its low-set waistline and gradual taper to the rim, not only giving the hand a better place to grasp it, but further emphasizing the leaf-like nature of the bowl due to said taper. The result of this gracile, nymph-like build is a pipe that weighs all of a half an ounce, virtually begging for it to be clenched, despite its lack of curvature, as well as allowing it to easily slide into a pocket. If you're in the market for a sleek take on a classic shape that features Danish sensibilities and the practiced engineering of a master artisan, then this is not a pipe to miss. 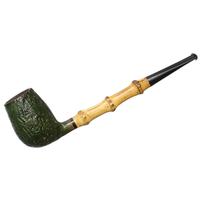 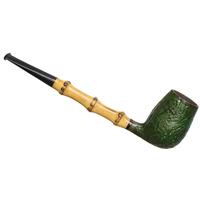 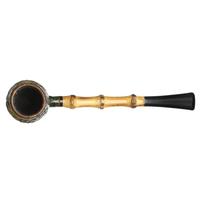 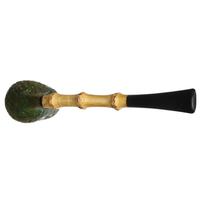 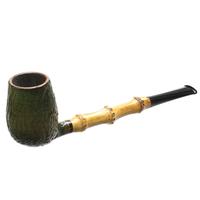 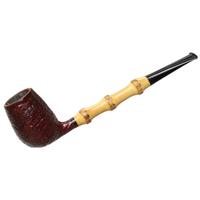 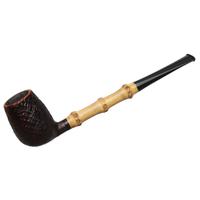 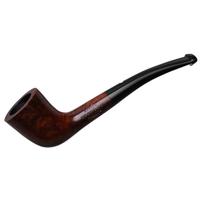 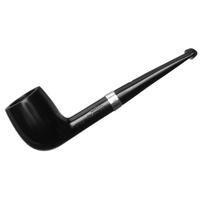 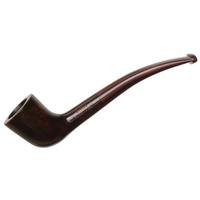