Tom Eltang has been fashioning pipes for over four decades, and within that time, he's crafted countless pipes, garnered international praise, and cemented himself in the upper echelons of pipe-making history. But even given all of that, when the name Tom Eltang comes up, the first shape I think of is his signature Poker, his "smoking machine," as he calls it. It's to me, the perfect embodiment of his style and ability to render even simplistic shapes with a certain sophistication. It perhaps best imbodies his adherence to Danish Functionalism, a design movement that found appeal in an object's utility and straightforwardness. Eltang's Poker design is the perfect distillation of that Functionalist philosophy, but that isn't to say it lacks aesthetic character. No, when considering this particular Eltang Poker, I think it's clear that while it emphasizes the fundamentals of pipe design, it is anything but plain.

This Poker features a tall cylindrical bowl that leans forward as it rises from its flat, sure-sitting heel. The bowl's ever-so-slight forward cant lends a touch of dynamism to the pipe's profile, while the shank-and-stem arrangement's slender build keeps the entire composition lightweight and streamlined. Free of any unnecessary accenting materials or otherwise visually disruptive elements, the pipe's shape and finish take center stage. Eltang's craggy yet visually precise rustication dresses the stummel and forms grooved channels across the length of the bowl, almost bringing to mind sandblasted growth rings if not for their dramatic depth. The rim is left smooth and provides a touch of tactile contrast to the rest of the stummel's striking texture. Left free of any stain, the stummel should patinate rather nicely with time and use, taking on tans, browns, and golds that will deepen the pipe's color and character. 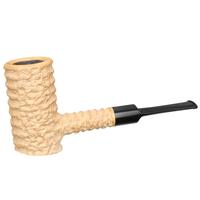 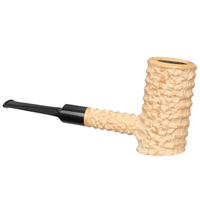 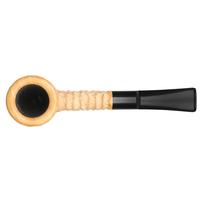 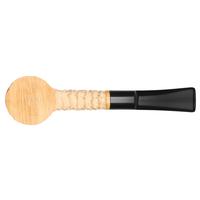 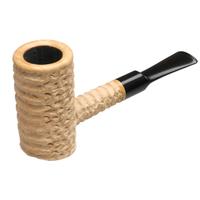 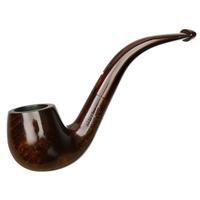 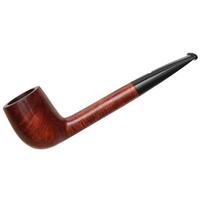 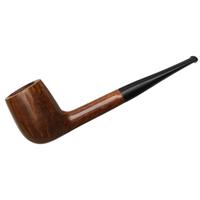