For nearly five decades, Tom Eltang has fashioned some of the best pipes in the world. He's garnered considerable praise from collectors and artisans alike, and his work has influenced countless generations of pipe makers. Eltang began crafting pipes at a young age, and with mentorship from Anne Julie, honed his skills over the years, refining his craft in order to ensure the quality of his work. This bent Dublin is easily identifiable as the work of the Danish carver, as it showcases Eltang's mastery of fluid lines and supple curves.

The bowl here rises proudly at the fore of the composition and blooms into a domed, ridgeline-wrapped rim, not unlike one that could be found topping a Bulldog or Rhodesian shape. A subtly lifted heel lends the bowl a gestural stance as well as a touch of added verticality, further emphasizing the stature and posture of the bowl. The shank sweeps out of the slightly stretched transition and curls gracefully upward, where it meets a demurely curved tapered mouthpiece. The vulcanite stem's soft arc continues the fluid, gradual line of the stummel's undercurve, a design cue that showcases how Eltang incorporates every aspect of the pipe and fashions them into a cohesive whole. Even the horn accent at the shank face, while adding a touch of color to the pipe in profile, harmonizes well with the rich, auburn-hued smooth finish that dresses the stummel. Said finish highlights incredibly fine strands of flame grain across the flanks of the bowl as they rise toward the birdseye-adorned rim. 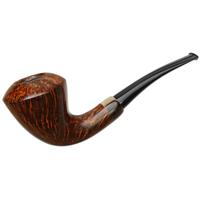 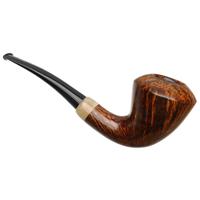 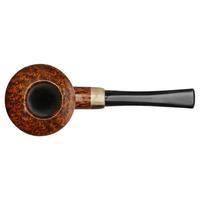 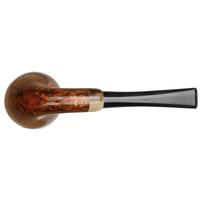 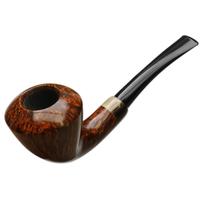 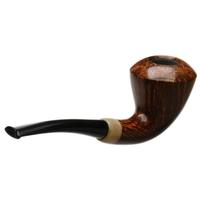 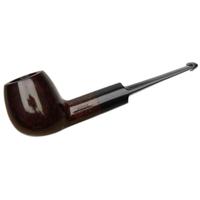 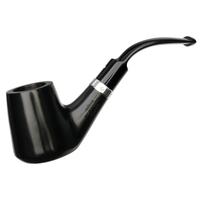 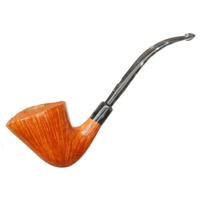