Alex Florov tends to do things quite differently, when it comes to design. In this same three-briar batch, for example, there is a Tadpole which is very much unlike any other pipe I've seen by that shape name - now here we have a Fugu that is very much unlike your standard Blowfish-type. and in fact far closer to the kind of designs other makers have called their Tadpoles.

While the title of this pipe draws attention to the extra-long shank as the defining feature, you may have noticed that Alex changed up quite a lot else, drastically elongating and compressing the bowl, as well as altering the relationship between its central plane and flanks, so that the latter are actually set under and within the edges of the former, by the time you reach the rear quarters. Going back to the whole Tadpole/Fugu switcheroo theme, it's also worth noting that while the standard Tadpole is long and relaxed of line and gesture, Alex's is tightly curving and almost thrashing in its dynamic - and that while the common Fugu shape is compact with a fighting sense of flourish, Alex's take on it here is. you guessed it: long and easy, gradual in every sweep and motion of line. 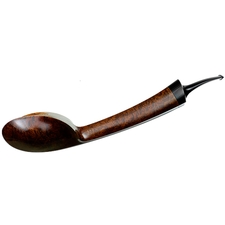 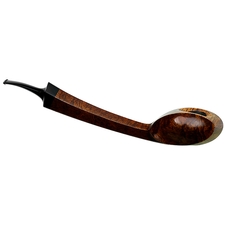 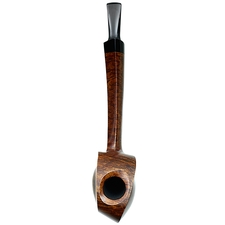 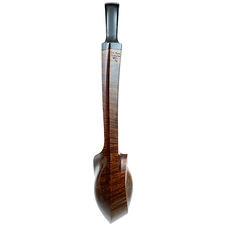 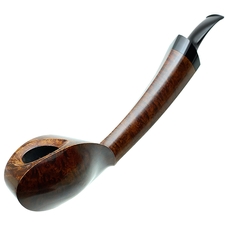 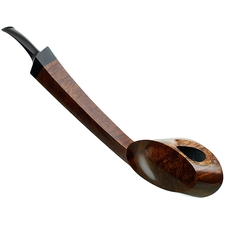 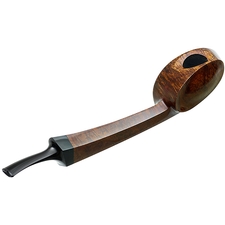