When I first saw this Florov, I thought of a certain obscure Stanwell shape, or at least my vague remembrance of a certain obscure Stanwell shape. It was one of those that appeared in the "1960" series from several years ago, which was made up of pipes actually from the 1960s — pipes that were clearly either designed by Sixten Ivarsson, or under his influence, and which had sat forgotten as "new old stock" at Stanwell's Copenhagen factory for several decades.

When I tracked it down in our archives, however, I saw that yes, there was something shared there, but whether Alex ever saw that design (or perhaps an actual Sixten-made pipe that followed the same experimental direction), this briar's shape was a different, a much further evolved creature. That out-there elongation, striking forwardness, and gentle following flow are shared, in the same way that an ostrich and a ballet dancer both share bipedal locomotion.

For example, the forwardness here is simply sleeker; a relatively sheer rear bowl-face is used by both, but Alex's leading line and form, thanks to a Sphinx or Elephant's Foot like treatment of the underside, just screams along with a lighter and quicker profile. This is also what I would call a very efficient shape. By that, I mean this: the bowl presents a very unorthodox arrangement of volume, having aspects of both a lens and a Volcano in profile and cross-section. Despite this, I think Alex came up with the perfect way to arrange the chamber, both maximizing its volume and making its placement and detail a further beautifying element of the design — the eye-shaped rim and iris-like chamfer are both lovely details by themselves, and ones that really play in harmony with the rest of the design. And he did this while also keeping the walls thick throughout, which is a whole other challenge artisans face when getting into such unusual forms. (The original, one-of-one Bo Nordh "Bo Dog" Bulldog is an example of how even the greatest makers can find this a problem.)

I don't know what else to say about this Florov Slonim without risk of turning its description into a novel. The grain is gorgeous? Yes it is. The way he cut that olive-and-black cumberland? A little piece of art by itself. 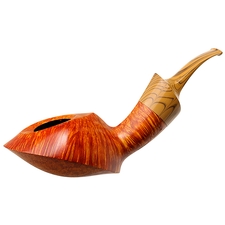 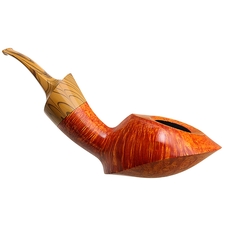 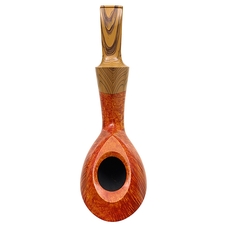 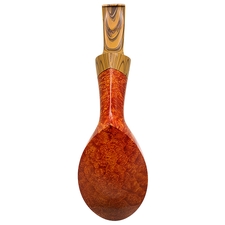 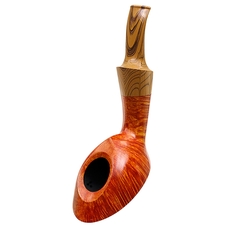 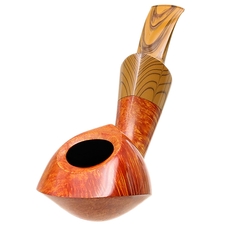 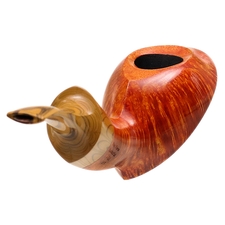 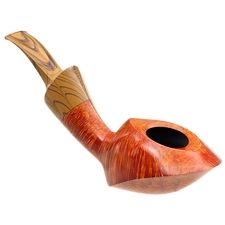 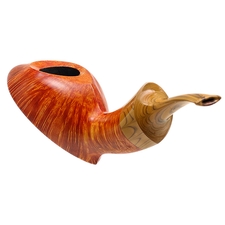 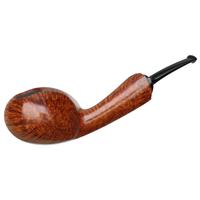 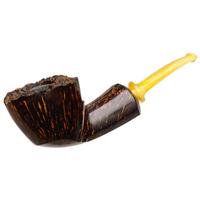 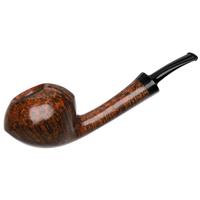