I wouldn't go so far as to call this Florov Blowfish architectural, or even close as a whole, but it is a case where Alex has slipped some elements of that nature into the design; the neat part is indeed the way they don't stand out.

Take the left flank of the bowl; it is easily the most organic area of this shape, with its smooth, rounded face framed by a quick, smooth line that flows not only around it, but also alternately towards and away from the center of the pipe. This looks right at home — but so too does the right side of the shank, the most architectural feature, where the shank's long, continuous curve has been dressed in a trio of well-defined panels. 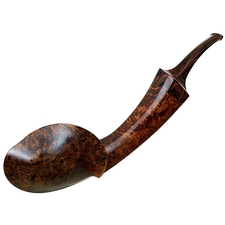 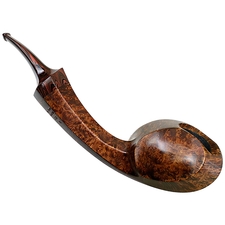 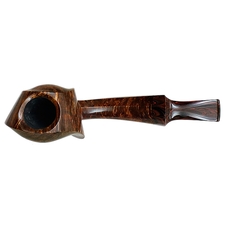 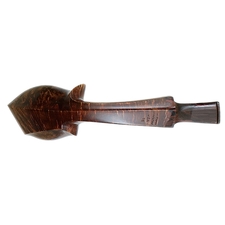 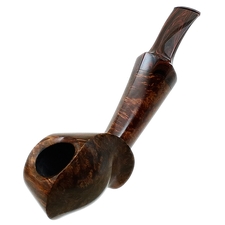 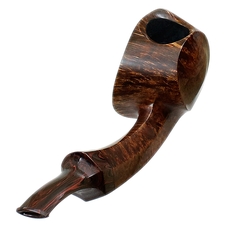 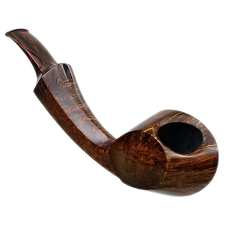 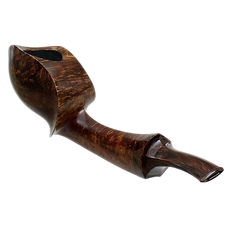 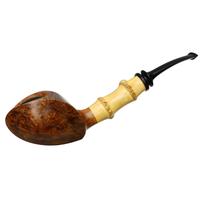