There's a lot to admire in this Fish from Alex Florov, with new aspects to discover each time you look at it. An almost hyperbolic take on the Danish design, the characteristic, teardrop shank rivals the bowl when it comes to visual weight as it flares dramatically toward the end. Such an extreme feature is, then, continued as the ridgeline along the left flank cuts an obvious and striking line all the way to the rim. In other renditions of the shape, carvers often allow the line to dissipate as it meanders up the bowl. Alex took the opposite approach here though. The ridge maintains its crispness all the way to the rim, terminating instead into a subtle section of partial plateau. Echoing the rim, even more plateau is offered at the shank-end, with a brass ring encircling the mortise, rendered in a grooved nature to match the texture of the plateau there. With each element of this shape accentuated and boldly rendered, Florov has once again presented us with a piece that simply refuses to be ignored and is perfectly befitting his prestigious "Slonim" grade. 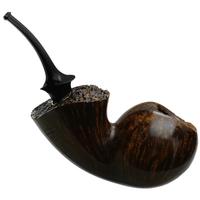 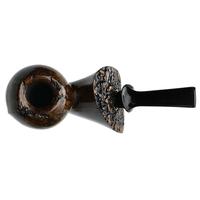 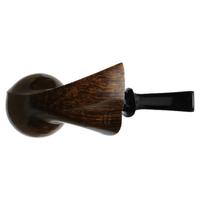 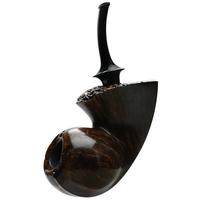 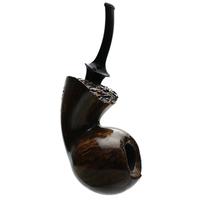 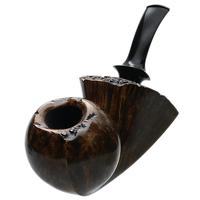 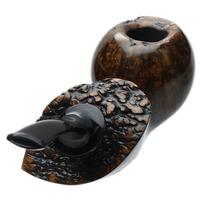 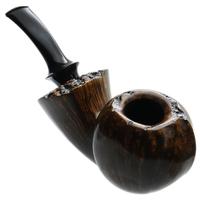 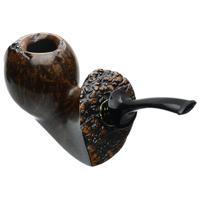 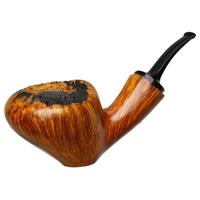 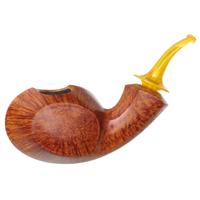