In silhouette, this piece from Alex Florov presents a profile similar to that of a Horn, albeit one with a rather structural, paneled disposition. However, when viewed from any other vantage point, it's apparent why Florov named this piece the Flying Squirrel. Both flanks are characterized by fin-like extensions, marked by crisp ridges and flat panels at the sides. It makes for an incredibly unique shape, like nothing I've ever seen before, and the grain suits it perfectly. Every plane is streaked with cross grain, with the entirety of the top and underside saturated in whorls of birdseye. Alex has dressed it all in a rich, walnut contrast stain, making the most of the grain, while keeping the color palette rather understated, apart from a shimmering ring of ruby-hued acrylic accenting the stem base. 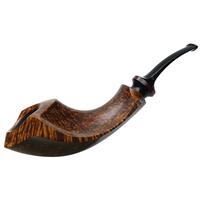 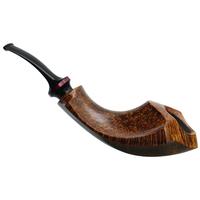 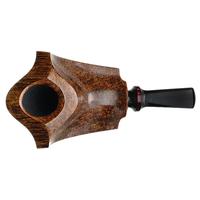 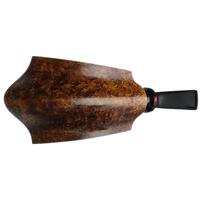 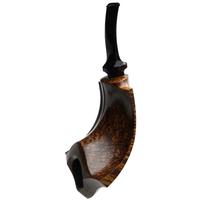 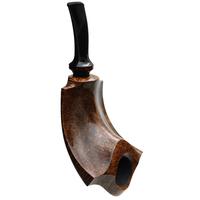 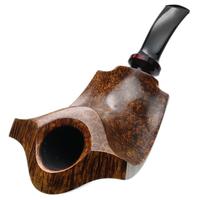 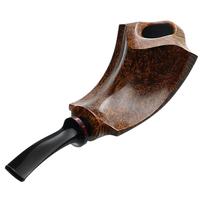 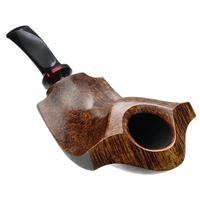 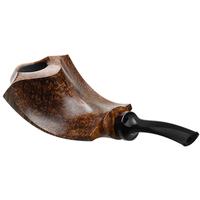 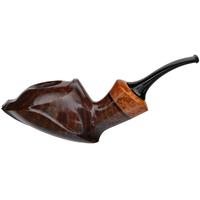 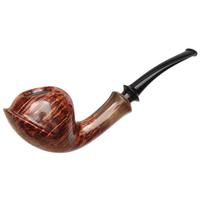 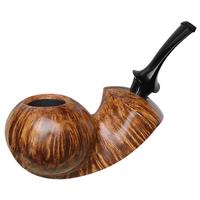 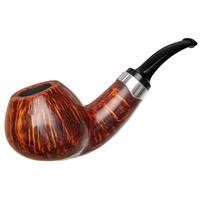 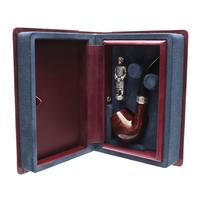 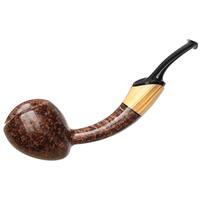