A different variation of the Tomato shape than what we've previously seen from Alex Florov, this rendition features a more consistently rounded profile, though still decidedly more squat than, say, an Apple would be. It's a riff off of an Acorn and a Cup and Ball design we saw from him earlier, pairing the bulbous bowl here with an evocative, teardrop shank. The ridgeline made by the shank adds a dose of firmness to the otherwise supple profile, as the crisp line cuts all the way from shank-end to rim. It's a similar visual aesthetic to that of the Fish also offered in this update, as Alex accentuates the ridgeline rather than allowing it to dissipate like so many other carvers decide to do. It offers just the right amount of tactile pleasure, while also doing well to separate the different types of grain: birdseye below and straight grain rising upward, perpendicular to the ridge. Said grain is brought to the forefront by a bright, mahogany contrast stain whose lighter hues match perfectly with the teardrop shaped boxwood accent at the shank-end. 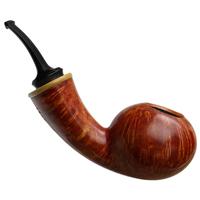 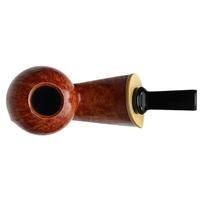 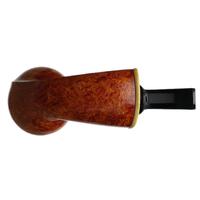 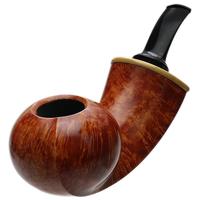 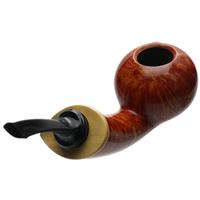 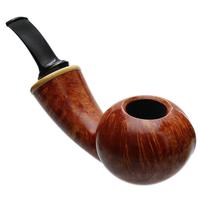 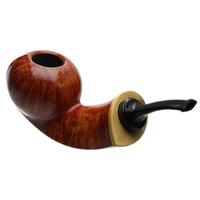 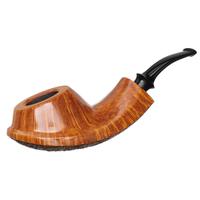