One of Hans "Former" Nielsen's chubbier offerings, this straight Apple is a classically shaped rendition of the traditional form, just with a touch extra briar added to the shank and bowl base for a heartier profile all around. In true Former fashion, Nielsen has kept things fairly simple here, with only a few subtle touches, particularly at the shank-end, to accent the design's natural lines.

Instead of a harsh, direct transition from the stummel's ebony sandblast to the pearly white ivorite accent, Nielsen has separated the two by a trim ring of smooth, ruby-tinged briar to ease the eyes into the smooth, bright texture of the ivorite. Following down the shank, the end of the creamy accent flares suddenly, shifting the lines of the piece and providing an element which the stem base, then, echoes for a balancing touch. It's all topped with a diligently formed stem for paramount comfort and smokeability, just another reason why Former pipes are so highly sought after and renowned for their craftsmanship. 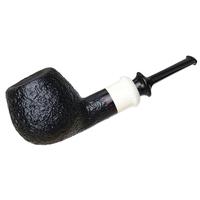 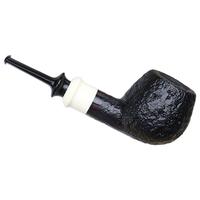 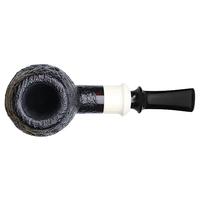 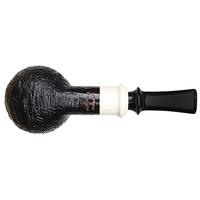 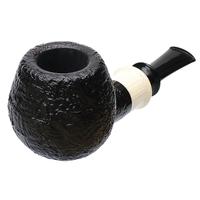 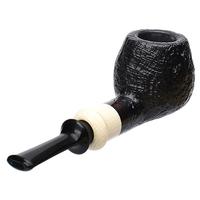 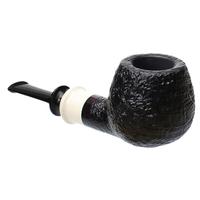 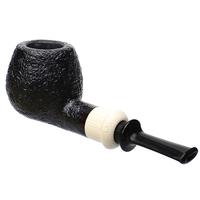 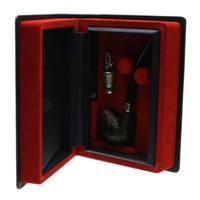 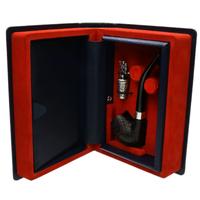 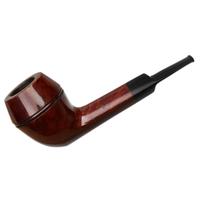 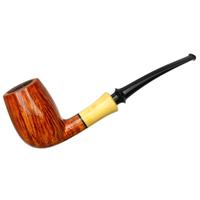