A curator of classic Danish style, Hans "Former" Nielsen is a living legend within the pipe making world and began his historic career when he was just 15 years old. Initially hired to repair pipes in Poul Rasmussen's shop in Copenhagen, Former learned firsthand what made pipes function, how they could be improved, and the necessary features needed to make an efficient, optimally engineered smoking instrument. Nielsen would then go on to work at the W.Ø. Larsen factory, eventually becoming a supervisor and was in charge of quality control as well as training new carvers that joined the workshop. During his tenure at W.Ø. Larsen, Former was able to refine his skills and built a workshop of his own, allowing him to carry on the rich tradition of Danish pipe making.

This bent Dublin attests to Former's talents and decades of experience, exuding a sense of distinct dynamism and elegant flow that most Dublins aspire to achieve. It's accomplished here thanks to the sweeping transition, the shank's gentle lift, and the forward-urging momentum displayed by the bowl. The transition is seamlessly smooth and almost Horn-like in execution, curling upward in a natural manner that pairs perfectly with the bowl's flare. The shaping was carefully considered to maximize the spectacular grain patterns exhibited in this piece of briar, the grain made even more stunning thanks to the vibrant contrast stain. Licks of flame grain envelope the flanks, climbing toward the rim's ridgeline which frames a captivating and hypnotic array of birdseye. Even the stem work is remarkable, the domed base of the stem continuing the lines of the shank and has been shaped to emulate the appearance of a mount, while actually being a part of the mouthpiece. 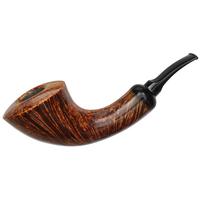 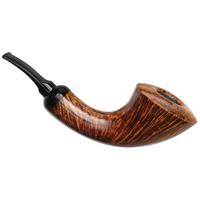 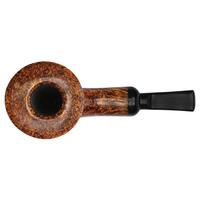 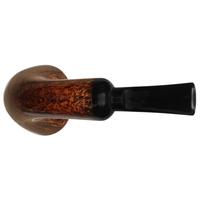 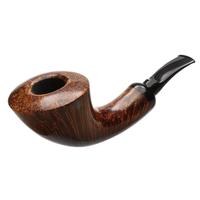 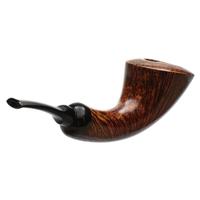 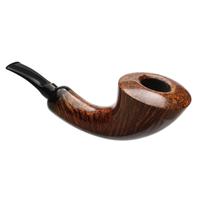 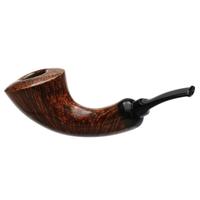