Hans "Former" Nielsen is a living legend — a Danish pipe maker who has honed his craft for over 60 years and earned worldwide renown for creating fine smoking instruments. He began making pipes in Poul Rasmussen's workshop at the age of 15, and quickly rose to prominence with an eye for detail and fine workmanship — later supervising the W.Ø. Larsen workshop and, then, crafting pipes under his own name. I, personally, am overjoyed he still practices the craft and sends us fine pipes, and am especially happy to see this particular design, which is a bit of a rarity these days.

While Former makes a lot of Billiards, the vast majority of them, at least recently, are his straight variants. In fact, we have seen nearly three years and twenty straight Billiards go by, waiting with bated breath for this pipe to come our way. I have to say, holding it now, the wait, while painful, was worth it. Voluptuous in hand, its soft Danish lines are shaped perfectly to showcase some of the finest vertical grain I have ever seen, flames rising in dense, uniform striations from softly rounded heel to the supple inflation and chamfering of the rim. Dressed in a light blond stain and glossy smooth finish, the flame grain lives in perfect harmony next to dense fields of birdseye on the rim, shank top, and entire underside, a flawless expanse of organic perfection that you won't see the like of again any time soon.

The shank curves up with a wonderful mixture of firmness and softness, the line work and shaping managing to be both at once, and slightly oval in posture but invisibly so when seen in profile, altogether creating a permanent place of delightful repose for your thumb to live upon. The base of one of Former's hand-cut saddle stems matches the shank's cross-section, presenting a sturdy shoulder to press against for assembly before reducing to a lithe stretch of downturned vulcanite that races to a handcrafted lip button. A superlative piece from a master among master craftsmen, this pipe is a king, head-and-shoulders above even other pipes of royal blood, and will rule the center of even the most distinguished collection. 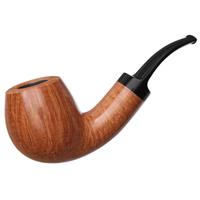 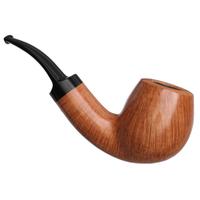 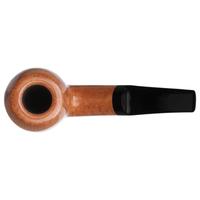 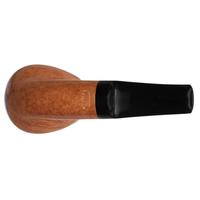 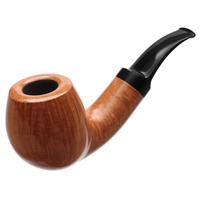 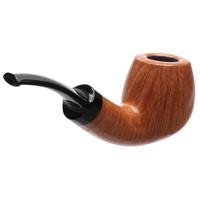 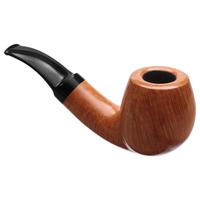 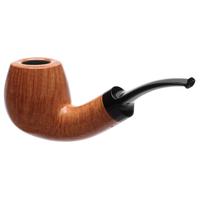 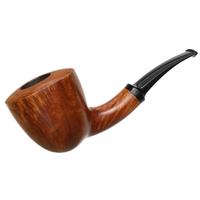 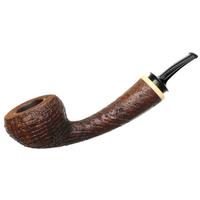