This striking hybrid of the bent Egg and Eskimo shapes is the first time we've seen Frank Axmacher craft the Eskimo Egg design. It effortlessly blends the broad, compressed shank of the Eskimo with a plump, gestural Egg-like bowl up front. The oval shank's sweeping, curling underside gradually guides the eye toward the forward-urging bowl with the shank's firm ridgelines dissolving seamlessly into the shaping of the bowl. It's an astonishing piece when viewed from any angle and with all the intricate details present, you'll find yourself discovering plenty of subtle shaping cues while further appreciating Axmacher's talent when it comes to line and form.

The rim comes to a crisp point fore and aft, with the front side being a bit more prominent, enhancing the bowl's implied momentum in profile. And for a subtle, skillful accenting touch, Frank has shaped the stem base in such a way that it mimics the rim's pointed disposition as the stem base slightly flares out from the wide shank. Finish-wise, Axmacher has dressed the stummel in a light-depth, Danish style sandblast that has brought out a plethora of mesmerizing ring grain around the bowl without distorting the supple curves and precise line work of the composition. It's a memorable piece from the German artisan that highlights his penchant for pushing boundaries and meticulous eye for detail. 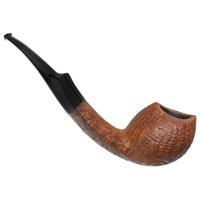 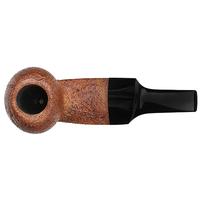 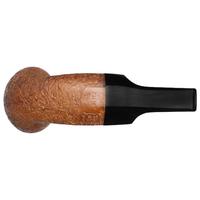 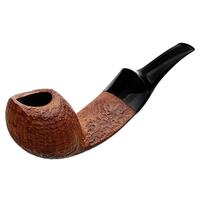 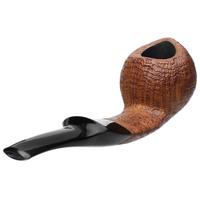 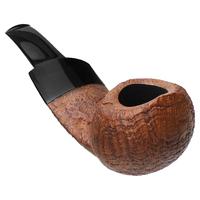 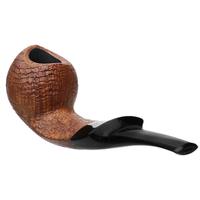 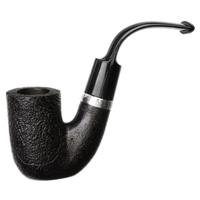 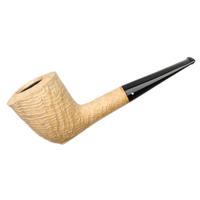