Frank Axmacher's work is something of a mixed selection of influences, with not only some very obvious cues from the Danish school, but also some of the muscular elements of the German. This comes from his history of working with both Tom Eltang and Rainer Barbi, and pairs well with his background in stonemasonry and sculpture, creating pieces with some visual trickery at play. This Freehand Sitter is one of those, its bowl carefully shaped so that it feels quite well-rounded in profile, yet offers up an almost almond-shaped piece when viewed from above. At the fore, a small plane allows it to sit canted forward, shank and stem nearly vertical, in a way that's surprisingly sturdy. When paired with other details, like a vivid contrast stain and a single knuckle of pale bamboo, it makes for one impressive piece all around. 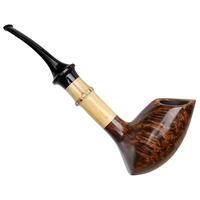 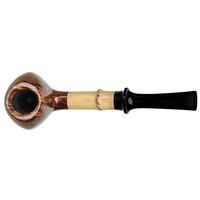 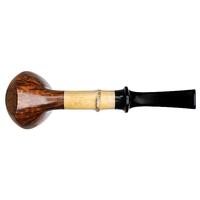 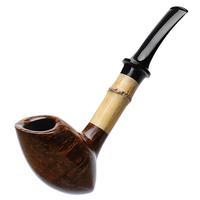 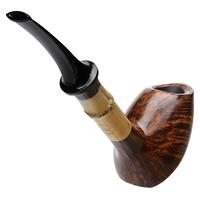 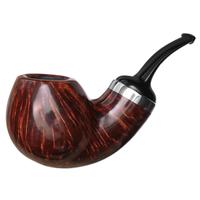 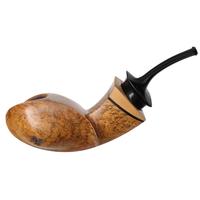