Though perhaps less overt than the Speared Fish also appearing in this batch of Geiger pipes, this handsome piece is still a great example of Sara Mossberg and Love Geiger's more evocative approach to Freehand shaping. "Fig on a branch" is the title given to this striking composition, and indeed it does seem to emulate the budding fruit and corresponding flora in the organic asymmetry, overall orientation, and dramatic stance of the silhouette. Much like a fig itself, the bowl's pronounced waistline and soft curvature emphasize breadth here, with a subtle, somewhat wavering taper up to the saddle-shaped rim. That breadth and inherent plumpness is accentuated even more by the sharp tapering lines of the shank, creating full, supple cheeks to either flank as it extends past the plane of the transition to create a jaunty spur of sorts just beneath the bowl's heel. Despite that sharpness, it actually feels quite comfortable in hand, the breadth and soft curvature offering a natural configuration when gripped in the palm. And the Swedish duo have certainly not sacrificed anything in way of grain to achieve such a striking form, with flame and birdseye both on display, brought to to the forefront through an electric contrast stain. Beautiful piece here! 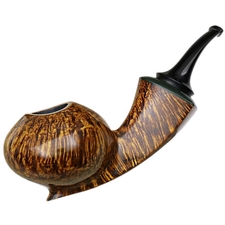 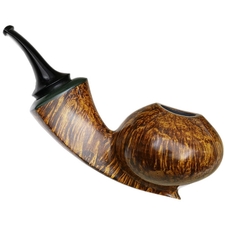 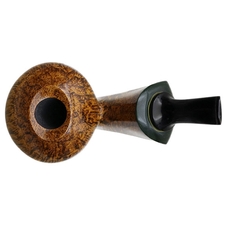 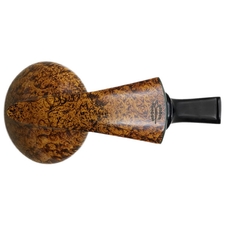 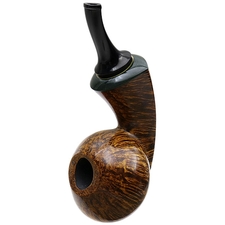 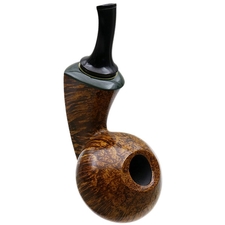 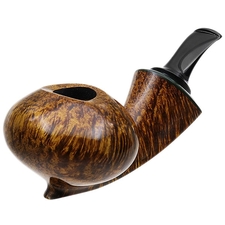 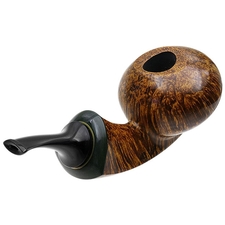 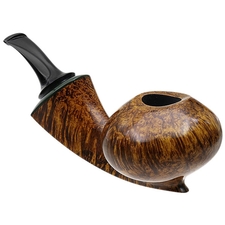 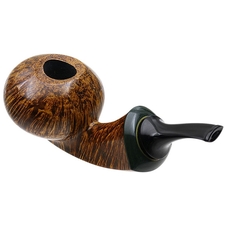