Similar to their take on Bo Nordh's famed Bulldog shape, the Bodog, this piece from Sara and Love features the characteristically beadline-adorned bowl set to a seriously wasp-waisted form, guiding the eye to a shank of undeniably pronounced flare. And though that form and the one seen here are both reverse Calabashes, the similarities pretty much begin and end there. Where that form's bowl is dramatically squat and Saucer-like, this one places an emphasis on height, which in turn serves to reinforce the form's sense of forward gesture. The slender transition guides the eye to the overt flare of the shank, the likes of which terminate in a broad spread of plateau at the shank face. Sara and Love paired the piece to an arrow-straight stem, securing said stem with a bright metal ring, and lending the base a sense of undulation to match that of the craggy plateau. A beautiful piece. 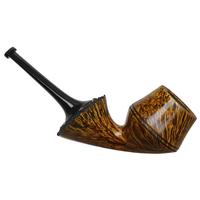 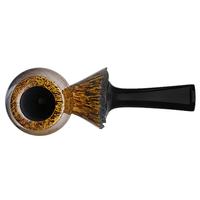 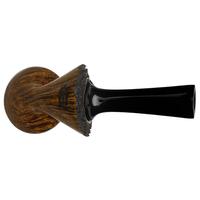 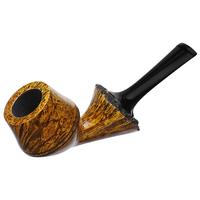 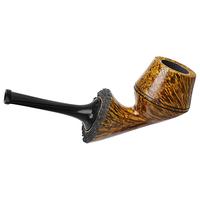 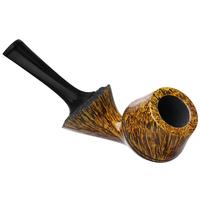 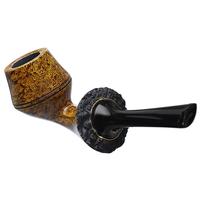 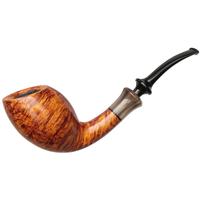 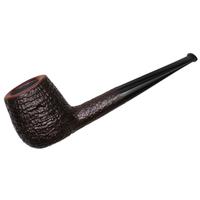 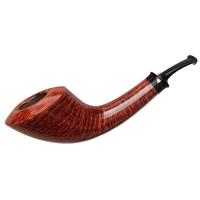 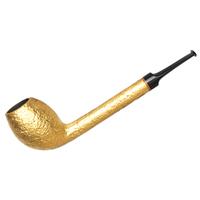