The BoDog is Geiger's homage to a shape pioneered by the legendary Bo Nordh, a fitting endeavor as Sara, Love, and the late Bo all call Sweden home. Unlike other famous Nordh designs, though, (such as his Elephant's Foot, Nautilus, and Sphinx creations), which were rendered many times over by the master carver, the particular style of Rhodesian present in the BoDog was fashioned only once by Nordh, yet it's become something of a signature from Sara and Love, their homages catering to the same general form yet interpreted through their own creative lens.

Previous renditions of the Geiger BoDog have often been imbued with reverse Calabash engineering in the shank, resulting in a dramatically flared shank end that rivals the bowl's visual weight. In this piece, though, the Swedish duo have forgone said condensation chamber and thrust the majority of the profile's mass toward the shape's signature bowl — striking and easily recognized in its broad, Saucer-like waistline and dramatic forward cant, speeding forward from out of a pinched transition. It's stunning work from Sara and Love, displaying perfectly oriented cross grain and birdseye. The BoDog is a must-have for any collector of Scandinavian high-grades, and Geiger specifically, and would be a more than worthy introduction to their work. 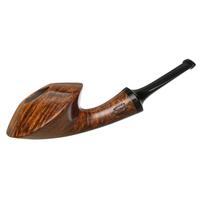 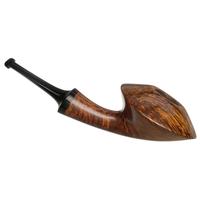 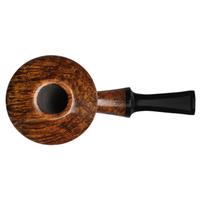 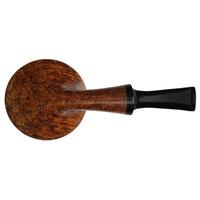 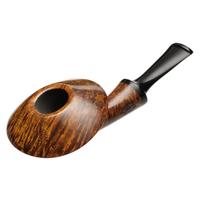 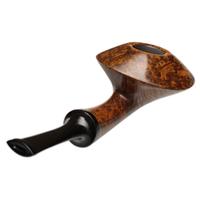 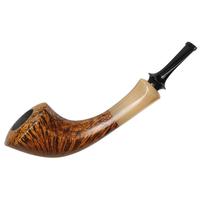 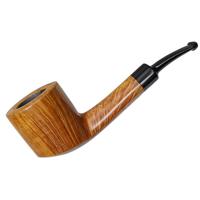 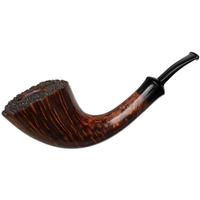 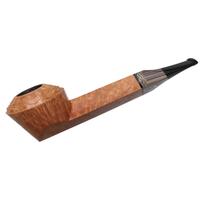