Love Geiger and Sara Mossberg both work collaboratively on each Geiger pipe, with the Swedish duo often crafting evocative shapes marked by immaculate grain. This Jalapeño design is a special homage to Sixten Ivarsson. Ivarsson is widely considered the grandfather of artisan pipe making, his innovative shaping techniques and design style catalyzing the artisan movement. Much of his work was influenced by the aesthetic characteristics of Danish functionalism, a design style common in architecture and furniture design that prioritized minimalism and harmonic balance, and so many of Ivarsson's signature shapes, as well as those of other Danish artisan carvers, are defined by sleek lines, balanced proportions, and overall a very elegant demeanor.

Geiger pipes, like many other artisan pipes, often reflect this Danish aesthetic, and this Jalapeño from the Swedish duo actually riffs off of a specific Sixten shape: the Nefertiti. Something of a blend of Acorn and Dublin shapes, the Nefertiti features a tall, slender, slightly flaring bowl on the end of a sleek, elongated shank-and-stem combination, the transition raised to create a protruding heel below the bowl. Typically, Ivarsson fitted the form with a saddle stem, increasing the silhouette's streamlined nature.

In 2020, Love and Sara began creatively reinterpreting Sixten's Nefertiti shape, resulting in this slightly bent variation, which they playfully named "Jalapeño" for its resemblance to the hot pepper. The bowl of this Jalapeño is very much the same as that of the Nefertiti, but with the heel perhaps drooping slightly further down, and the shank and stem are lithely bent, instead of straight, for added gesture and fluidity, with the stem also tapered instead of in saddle configuration. It's a beautiful, featherweight composition that wonderfully celebrates Sixten's design style while incorporating new elements according to Geiger's creative vision. Dressed in a vibrant contrast stain, this example highlights an absolutely perfect cross-grain pattern with mesmerizing birdseye across both flanks. 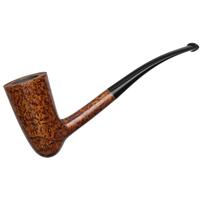 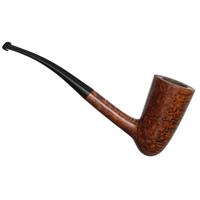 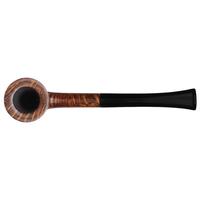 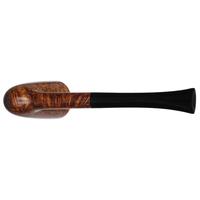 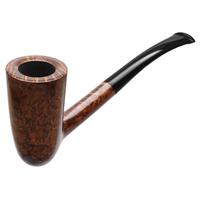 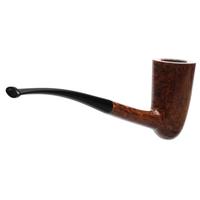 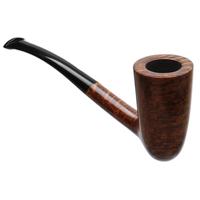 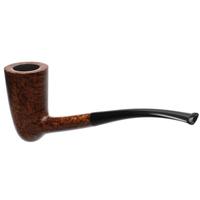