Glenn Tinsky is the son of prolific American carver Mark Tinsky, and has been making pipes since his childhood, making his first few before he was a teenager and selling several throughout his high school career. As smoking became more and more socially unacceptable in the mid 2000s, Glenn turned his efforts toward culinary pursuits, attending culinary school and working in the restaurant industry for around 17 years. After complications within the restaurant industry caused it to stagnate in 2020, and Glenn's own interest in the sector began to wane, he transitioned back into pipe making, seeing the freedom that it afforded his father. As a pipe maker, Glenn stays true to the aesthetic of his father, drawing from the Italian and English styles while integrating the subtle grace and elegance of the Danish school to create refined American neoclassical pieces. This bent Apple is a great example of that aesthetic, with a lilting stretch of shank and stem that poise it well for comfortable smoking and easy jaw-hanging, this acrobatic combination balanced by a broad, robust bowl at the fore. Said bowl is wonderfully plump, its curves offering a great feel in hand, while the thick walls keep the chamber insulated. Dressed in a crisp tanblast, cascades of growth rings ripple down the bowl, offering textural intrigue and keeping the palette classic. 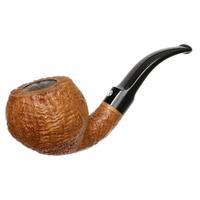 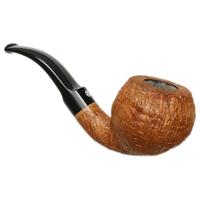 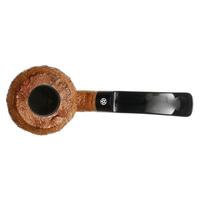 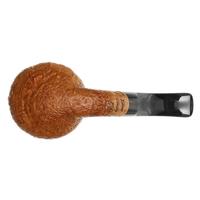 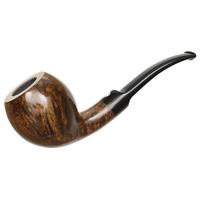 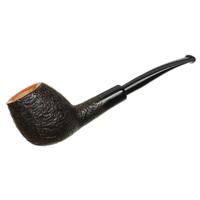 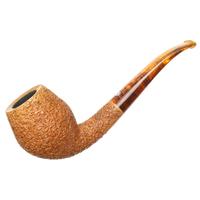 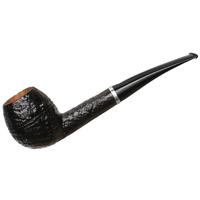 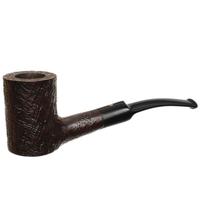 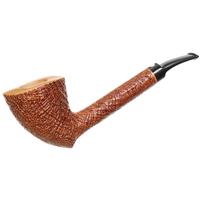 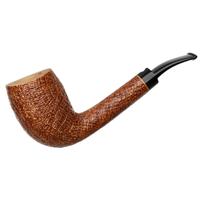