Kei-ichi Gotoh's style can be defined as a juxtaposition of hard lines, blended seamlessly with organic forms. Such an aesthetic is apparent in this Freehand. Other pieces from Gotoh have been very obvious in their intricacy, displaying wild lines and intensely curvaceous designs. In contrast, this number keeps things rather simple overall, with the intense attention to detail and subtle features of the shape being what make it such a gem.

The crisp line made by the stem continues its path through the shank and bowl. Said line isn't obvious though, instead it's merely suggested, allowing the eye to fill in the blanks, so to speak, as the form urges forward in unison. Complementing that firm, inherent line, a ridgeline travels up the bowl from the transition, just on the right side of the slanted rim, before gradually dissipating at the bottom of the bowl's fore. It gives the bowl an almost Blowfish-like shape, orienting cross grain at the center and birdseye at each flank. That subtle rigidity is contrasted, then, by the shape's profile. In silhouette, the bowl is perfectly round, inflating from out of the transition like a balloon. For visual balance, its rotundness is echoed at the shank-end, which has been rendered in an asymmetric, disc-like accent. It's common for Gotoh to accent his pieces with unique shapes at the shank, rather than using alternative materials, and here it works wonderfully with the overall design, accentuating the form's organicism.

The quality of this piece doesn't end at its form though; the engineering is world class, ranking Gotoh as among the best carvers in the industry. The stem work is sublime, featuring the artisan's conventional ridges at top and bottom that gradually disappear toward the button, and the stem base has been fashioned in such a way that it lines up perfectly with the unique orientation of the shank end. For an understated finish, Gotoh presents this piece in a glossy and dark, Danish-style sandblast, with just the rim left smooth and walnut-stained. Remove the stem, though, and you'll notice that the mortise has also been finished smooth and stained to match the rim — yet another aspect that bespeaks Kei-ichi's attention to detail and world class craftsmanship. 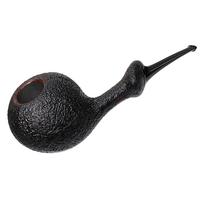 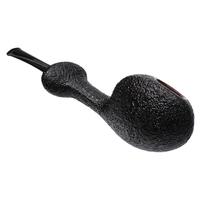 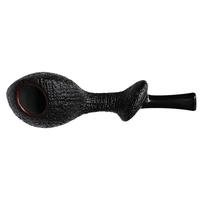 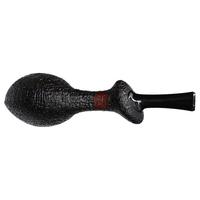 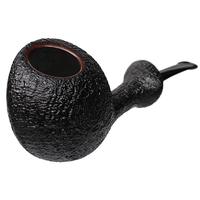 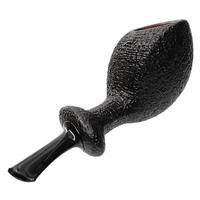 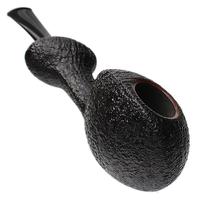 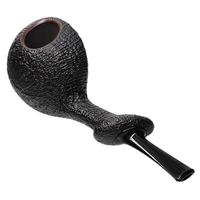 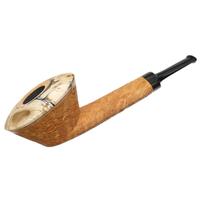 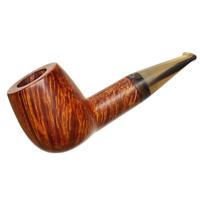 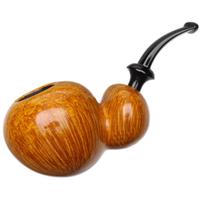 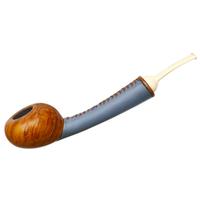