Peter Heding really pulls out all the stops in this Pickaxe offering. From stunning grain orientation to sublime shaping, there's nothing not to love about this piece. Displaying the stretched, pointed profile of a Pickaxe, this number hints at the Elephant's Foot in the crisp panel running through the heel and up the bowl's flanks. The panel is concave, though, creating harsh ridgelines and a slight lipping effect at the edges when viewed from above. The resulting groove offers an intriguing in hand feel, then, perfect for running your fingers over as tiger-striped cross grain makes the panel all the more striking.

With a raised transition, the bowl extends past the shank, showing a hint of recurve just before the heel to accentuate the profile's flowing, elegant disposition. Dressed in a dark, walnut contrast stain, the grain echoes the color palette's contrast — when observed from the side or above, straight grain dominates the piece, but from fore and aft, the bowl is studding in storms of birdseye. A boxwood ring accents the shank-end, doing well to visually transition into the domed saddle stem. It comes as no surprise that Heding has awarded this his highest grade, "Diamond," marked by a Zirconia diamond on the shank's underside. 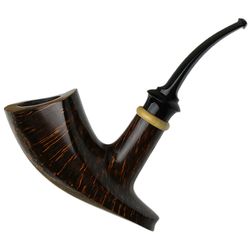 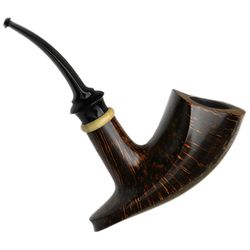 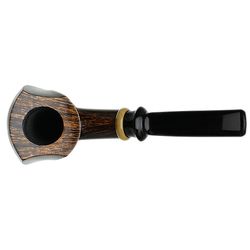 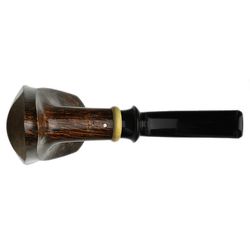 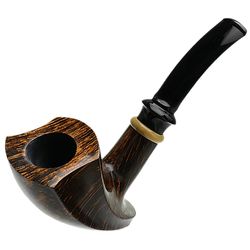 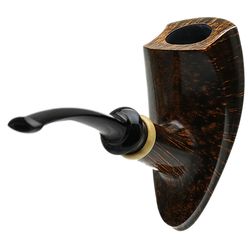 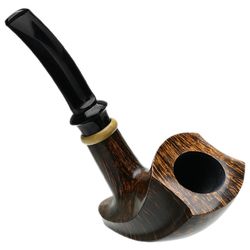 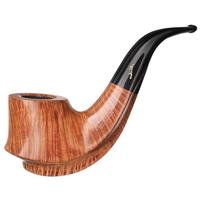