A shape we've seen several times before from Peter Heding over the years, this Disc calls to mind the Danish carver's Tadpole and Tomato designs with its squat bowl and bulging flanks. Said bowl prioritizes breadth over height, wearing its waistline low before subtly tapering toward the rim, which has been raised and canted forward in relation to the bowl's protruding flanks, adding a touch of whimsicality to its silhouette. The rim's tapered, cinched shaping adds an extra curve to the composition's flowing profile, creating a sense of forward-urging momentum in the process, especially in relation the elegantly arching shank and stem out back.

Heding has finished the stummel in a crisp, yet understated rustication, providing a pleasant tactile experience in hand without disrupting the shape's supple curves, leaving only the rim and nomenclature panel smooth. A pale ring of boxwood graces the shank end, standing out in stark contrast against the rest of the piece's dark color palette with the disc-shaped base of the stem mirroring the ring's shaping. It's an exceptionally dynamic design from Heding, fitting in well with his portfolio of organically inspired creations and is notably the first rusticated version we've received from the Danish artisan. 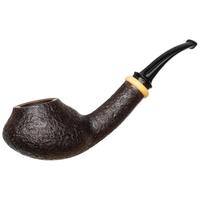 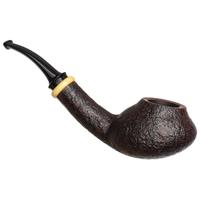 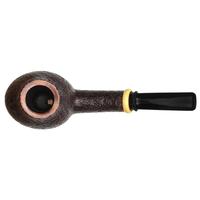 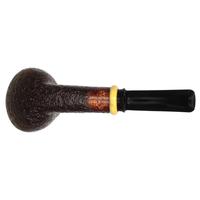 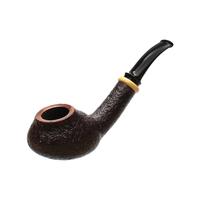 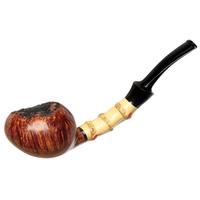 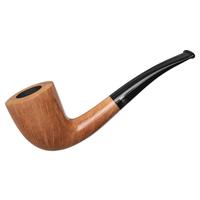 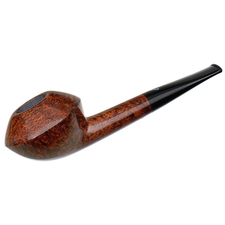 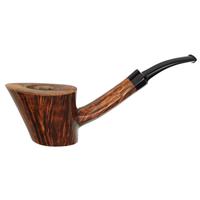 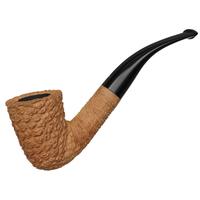