A relatively compact pipe from Peter Heding, this Horn doesn't appear compact in profile, its massive shank garnering as much attention as the flaring bowl. Another similarity between shank and bowl is their oval aspects. The bowl is longitudinally oval, its leading edge slightly longer and promoting a forward momentum; the shank is vertically oval, its width much less pronounced than the impression given in profile. The shank also expands slightly toward the stem, providing a dramatic shift as the mouthpiece reduces to flat, saddle configuration.

The grain spreads upward from the heel, following the vertical inclination of the bowl and shifting in natural briar fashion to do the same for the shank. The rim is diminutively domed and crowded with birdseye, with an inner, chamfered ring circling the tobacco chamber. It's compositions such as this that have made Peter Heding's reputation so well known, and pipes like this that make us all wish to acquire a special piece from the legendary carver. 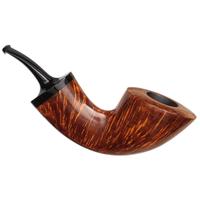 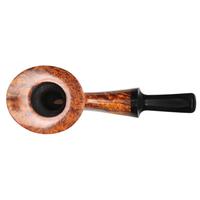 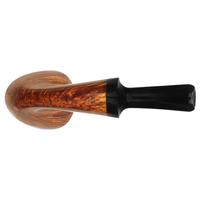 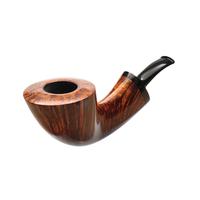