Attributed to the legendary Bo Nordh, the Cobra shape is primarily characterized by crisp ridgelines running the length of the shank to, then, wrap the bowl's fore in a sinuous, smooth flowing manner. Many artisan carvers have crafted their own interpretations over the years, but to see one fashioned from meerschaum is rather uncommon. This IMP interpretation is a stellar rendition from the Turkish workshop, featuring a pair of subtle ridgelines that emerge from the shank face and sweep up the bowl's flanks before seamlessly dissipating as they meet the rim. The carving along the shank face offers some subtle textural contrast while a broad band of silver adorns the stem base for added visual appreciation. 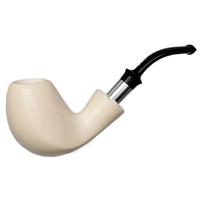 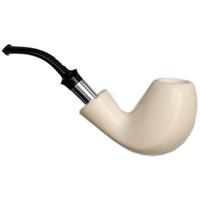 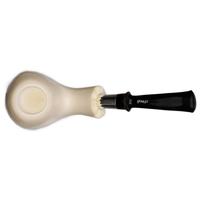 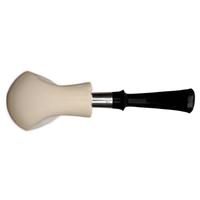 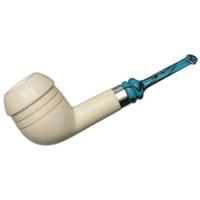 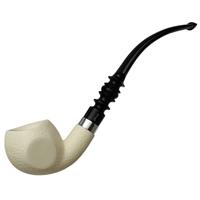 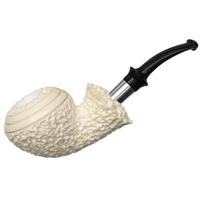 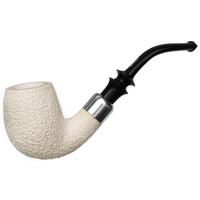 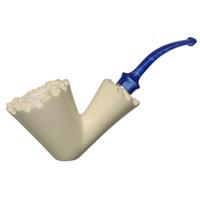 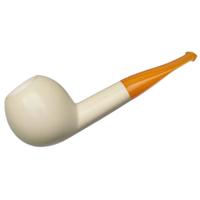 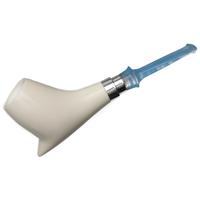 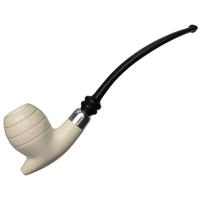 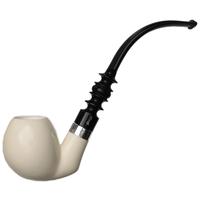