With its domed, overhanging, mushroom-like rim, this IMP offering is a fascinating take on the classic Calabash that hearkens back to the traditional ones of yesteryear which were fashioned from gourd and topped with a removable meerschaum cap. The primary difference between this IMP rendition and the classic gourd ones (other than this one opting for a non-removable cap), is that this example displays a much more subtle silhouette as compared to the sinuously bent gourd pieces. Here, the Turkish marque has simply opted for a softly downturned saddle stem that throws much of the visual focus toward the curling line work and the poised bowl up front. The acrylic stem's shimmering tangerine mouthpiece is then accented by a silver crown-like mount for a tasteful dash of flash. 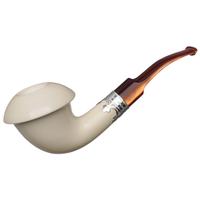 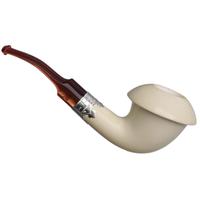 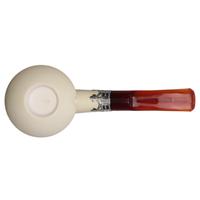 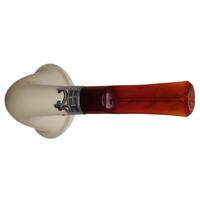 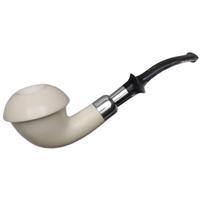 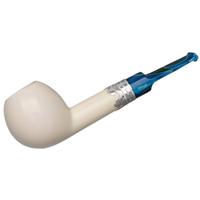 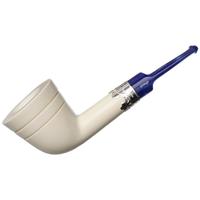 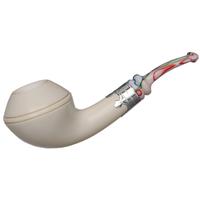 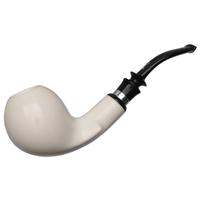 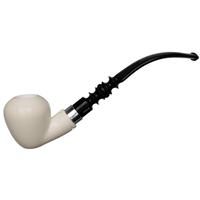 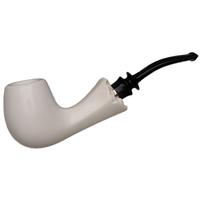 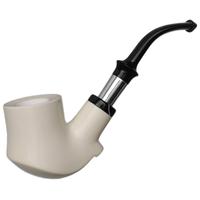 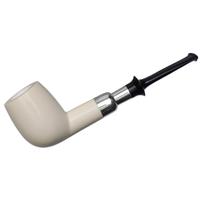