Jared Coles began making pipes during college, quickly becoming enamored with the craft. Since then, he has honed his craft over the years, working with masters such as Jeff Gracik and Todd Johnson. Coles draws inspiration from the Japanese and Danish schools of pipe design, creating a unique aesthetic all his own. This Cherrywood is a fine example of the American artisan's work, featuring a forward-canted bowl with a broad-flared rim of craggy plateau atop sleek tapering walls that culminate in a flattened heel that allows the pipe to sit sturdily upright. An abbreviated shank angles upward from the transition, fitted with a long and muscular bamboo section that joins a hand-cut vulcanite saddle stem out back. The bamboo's single knuckle shows a sleek knuckle at the conjunction. The stummel is dressed in a crisp black sandblast, reveling a wealth of texture for the fingers to explore. 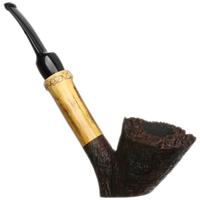 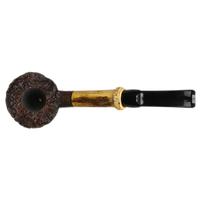 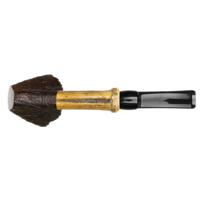 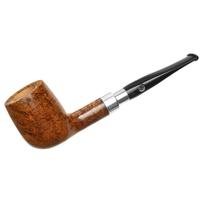 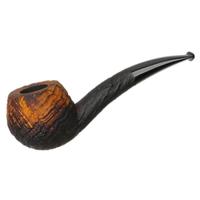 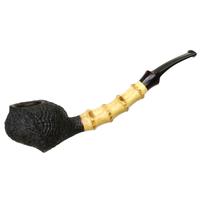